﻿Celebrating the Life of Archie Gumede

﻿Celebrating the Life of Archie Gumede 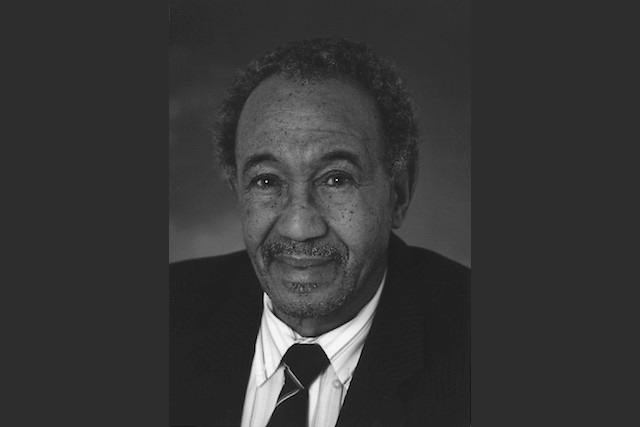 In celebrating the life of Archie Gumede – the late anti-apartheid activist – the Archie Gumede Foundation in partnership with the Durban University of Technology will host the inaugural Archie Gumede Memorial Lecture on Thursday, 3 March 2016, at the Ritson Exam Hall, DUT Ritson Campus, Durban.

Dr Zweli Mkhize, ANC Treasurer-General, will deliver the keynote address at the event.
Gumede, a lawyer by training, advanced through the ranks of the ANC and the United Democratic Front (UDF). He was the first President of the UDF after being elected at the party’s national launch in 1983. He was re-elected into the same position in 1985.
After joining the ANC, Gumede became the ANC’s Pietermaritzburg assistant branch secretary in 1949 and assistant secretary for the organisation’s Natal branch in 1951. He led the Natal delegates at the 1955 Congress of the People in Kliptown, during which the Freedom Charter was adopted. In 1979, Gumede was instrumental in the establishment of the Release Mandela Committee of which, he became the Chairperson. In May 1990, Gumede formed part of the ANC delegation that first met government representatives to open discussions on the ending of apartheid at Groote Schuur in Cape Town. Gumede, who sadly passed on in 1998, fought heroically against Bantu Education, the extension of pass laws to women and the forced removals in Charlestown and Roosboom in northern Natal. During his time in the ANC, Gumede was banned and arrested several times.
Details of the event:

For comment, interviews or more information on the lecture, members of the media can contact Bonginkosi Gumede, Archie Gumede Foundation Spokesman and Legacy Project Co-ordinator on 0828151825/ 0865600296 /bonginkosi.gumede@gmail.com.

Pictured: The late anti-apartheid activist Archie Gumede whose life will be celebrated on Thursday, 3 March 2016.