If there is an event happening that can not be shot inside a studio, then an Outside Broadcasting , or OB, crew and van is called in. Sports events, live functions, indoor concerts and performances are all covered using OB facilities. And this type of production forms the basis of the majority of locally produced airtime.

An OB Van is essentially a mobile studio. Cameras, vision control, sound mixing, vision mixing and everything else needed to produce a television production are all housed within one vehicle. Once again, all equipment is broadcast quality with the van being used in numerous broadcast programmes.

Unlike studio work where the director can re-take a shot if necessary, OBs are live, edge-of-the-seat productions. Everything, from sound, to visuals, special effects, graphics and commentary are recorded to tape, as it happens. This is a highly charged environment, where split-second timing can make or break the production.

Our OB Van is equipped as follows: 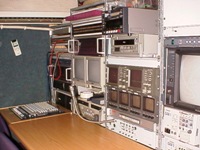 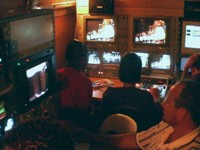 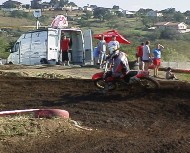