For first year productions Studio One is perfectly designed to prepare students in the proper operation of a studio. The control room houses all the technical aspects of the studio including sound mixing and vision mixing. This allows lecturers the benefit of being able to guide the students in one team, facilitating learning in this highly complex area.

Studio Two – is the largest studio on the campus, and has been created to emulate a working studio, designed for commercial use, with broadcast quality cameras and equipment.

Sets are available from the set store and are used for magazine shows, games shows, drama’s and variety shows.

Studio One is equipped with the following: 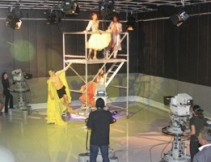 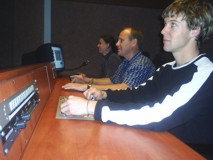 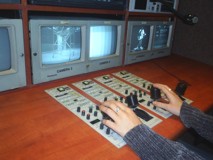 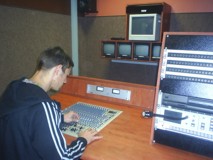 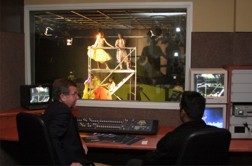 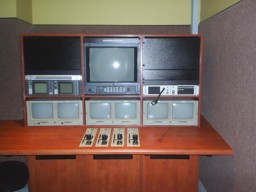 Sets are designed by students for their studio production, each week. This process involves plenty of planning, creativity and hard work for each production. Below, are some of the sets that were designed for studio productions in 2005, which ranged from fashion shows to magazine programmes. 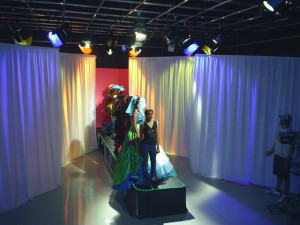 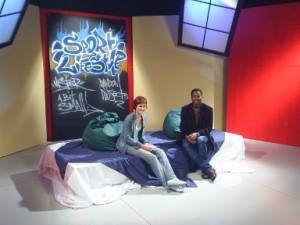 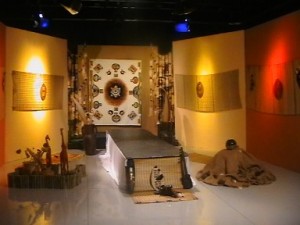