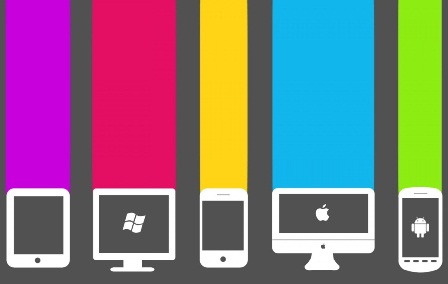 With the new paradigm shift from conventional computing and communication technologies being brought by the advancement of the web, mobile and cloud computing technologies, the Information Technology Department at DUT will showcase trends and new developments in the mobile, web and cloud sectors during its symposium on Web, Mobile and Software Development Technologies on Saturday, 20 September 2014.
The Symposium also aims to promote best practises in software development within the mobile, web, and cloud sectors and to showcase strategies for empowering software developers and communities.
The Symposium will be held at the Department of Information Technology, Ritson Campus, Room DB0004A from 9am until 5:30pm, and all software developers, software development managers, business administrators, mobile phone developers, testers, software start-ups and chief executive officers are invited to attend.

The details on the speakers and their topics at the Symposium are as follows:

“Time Magazine, The Huffington Post and various other sources including Google have named ‘mindfulness and mindful living’ as the top emerging trend in 2014. Chillisoft practices mindfulness within the corporate context and we have firsthand experience of its benefits that have led to higher levels of performance
and wellbeing in the work place. What is mindfulness? Why is it important for conceptual work in this age? What is the attention economy? Why and how is it relevant to you as a pragmatic software development practice?

My talk is relevant to you if you want to be the best craftsman that you can be. It is also relevant to any CEO or manager who is interested in actively designing the knowledge work environment of the future”

“One of the most innovative parts of the HTML5 is WebRTC. It promises to bridge the gap between traditional communication mechanisms, such as telephony and the web, allowing for true unified communications without the need for plug-ins or desktop software. It further promises to facilitate traditional communication and data transfer mechanisms from one browser to another such as video calling or file sharing. With the proliferation of frameworks and various levels of support between browsers, understanding the potential of WebRTC can be quite frustrating and challenging. This talk will explore various elements of WebRTC. It will give an overview and understanding of the technologies that make up WebRTC. It will
also examine various frameworks and technologies for developing HTML5 applications that make use of this revolutionary API.”

“The rate that users generate content on the Web is increasing at a furious pace. The problem is that users have been spoilt by the likes of Google, Amazon and Facebook. Not only do they expect their content to be accessible, they want it to work for them. But how can we possibly hope to provide our users with features that come close or comparing with these giants?

In this talk, I’ll introduce you to two technologies; Elasticsearch and Neo4j, that will blow your socks off. I will also demonstrate how these technologies will enable users to search content like Google, connect things like they do with Facebook friends and recommend things to them like Amazon! Bold claim you say? That’s what I thought until I found Elasticsearch and Neo4j”.

Business Software Developer by day, stuck in the trenches of ASP.NET webforms and escaping to the joys of ASP.NET MVC at night, Pieter started blogging about game development in 2005 and founded MDXInfo (http://www.mdxinfo.com) and XNAInfo (http://www.xnainfo.com), the latter focused on tutorials on how to create games. In 2008, Pieter discovered ASP.NET MVC and divorced View State. As a token of his appreciation, he created an open source blog engine called Subtle (http://subtle.codeplex.com) using MVC and now hosts his blog (http://www.pieterg.com) on it. Pieter recently joined an international development team at http://geteventstore.com/ and has begun working on a new project to build a database called EventStore, an open-source, functional database with Complex Event Processing in JavaScript. The architecture behind the EventStore database is called “Event Sourcing”. During his presentation Germishuys will describe EventStore and Event Sourcing as a storage mechanism and will look at its applicability to solve future business problems.

Cavanagh is a recipient of the prestigious Microsoft MVP award and runs the company: RogueCode where he develops world-class Windows Phone and Windows 8 apps for some of the biggest brands in South Africa. Cavanagh is also a Nokia Developer champion. He blogs, does talks on development and recently published his first book: Netduino Home Automation Projects.

Taylor Gibb is a multi recipient of the prestigious Microsoft MVP Award. Currently, he is working as a developer on the Mobile Services team at Derivco, writing backend systems that service millions of users each day. In 2013 and 2014, Taylor was awarded the prestigious Microsoft MVP Award. In 2013, he was placed first place in the PowerShell Scripting Games contest held by Microsoft. In 2014, Gibb was awarded Red Gate’s Friend of Red Gate Award. He was also featured on Channel 9 twice for the web based game that he wrote, which uses the Microsoft Kinect sensor as an input device

Pivendren is an engineering student at the Durban University of Technology. He can be described as hardworking and ambitious. He is also a Microsoft Student Partner (MSP) and YouthSpark Advocate and has recently been nominated as the best MSP in South Africa for 2013, because of the excellent work he is doing with students and the software development community. Currently, Naik is completing an internship at RogueCode. During his presentation, he will walk attendees through his journey of becoming an MSP and will share some insights with regards to his community engagements.

The details of the Symposium are as follows: