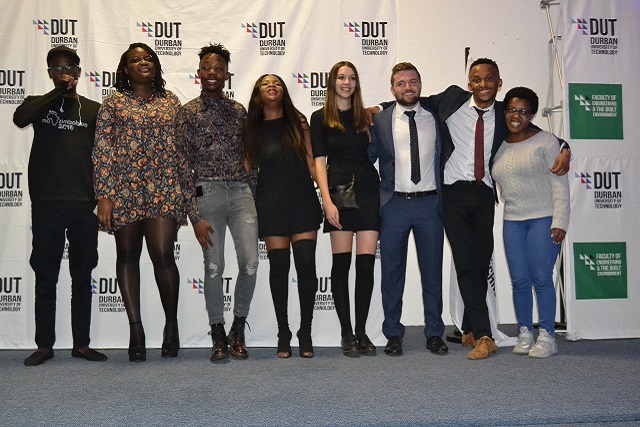 To signal the start of the much awaited South African National Universities Debating Championships (SANUDC), the opening function was hosted on Tuesday, 03 July 2018 at DUT’s Mansfield Hall to welcome participating debaters.

Celebrated under the theme “Ready to Inspire”, this year’s tournament aims to create a unified generation of individuals- whose knowledge and skills are leaned towards social development.

With over 340 participating Southern African debaters at this year’s tournament, the SANUDC is regarded by many people as the largest debating tournament in the SADC region.

For the past 23 years, the seven-day tournament has been bringing young bright minds together for an intense contest among debating unions of different universities at a selected university- to figure out solutions regarding world issues.

According to Sakhile Mngadi, the National Convener of SANUDC and founding president of DUT Debating Union, this tournament aims to include young people in problem-solving situations.

“As young people, we face a lot of issues and a lot of the time we are excluded from discussing solutions to solve those problems, be it HIV/AIDS, homelessness, or poverty. This is actually one of the few events in the country that helps bring young people who are intelligent and critical thinkers together for an entire week and talk about critical issues in this country, Africa and the universe,” said Mngadi.

Mngadi, a top six finalist for season five of SABC’s reality show, One Day Leader, said when the tournament ends there will be accolades given to the best performing debating teams.

This year’s debating tournament will go into the history books of the DUT; the institution will be hosting the tournament for the first time ever since the founding of the university’s debating team, DUT Debating Union, in 2015.

“When I founded the DUT Debating Union, the aim was to introduce DUT to debating and to bring the world to DUT with the idea of creating that think tank and a culture of engaging issues,” added Mngadi.

Despite being in existence for only three years, the DUT Debating Union is the youngest active union in Africa; however, already it has emerged to be a powerful force to be reckoned with. Along the way, numerous achievements have been obtained.

Recent achievements include travelling to over 10 debating tournaments, reaching the Semi-finals of the Nationals in 2016 and 2017 as well as hosting two internal leagues. When asked about the DUT Debating Union’s chances in the tournament Mngadi said: “We always break, which means we always make it to the knockout stages. We have a very good A-team as DUT and we are expecting to live up to the expectations.”

The tournament will be held across different DUT campuses for seven days with the competition ending on Monday, 9 July 2018.

For more information on the tournament, you can contact Sakhile Mngadi on the following email address: sbmngadi.sbm@gmail.com.

Pictured: Judicators of the South African National Universities Debating Championships on stage during the opening of the tournament on Tuesday night at DUT’s Mansfield Hall.