Are you addicted to your phone?

Are you addicted to your phone? 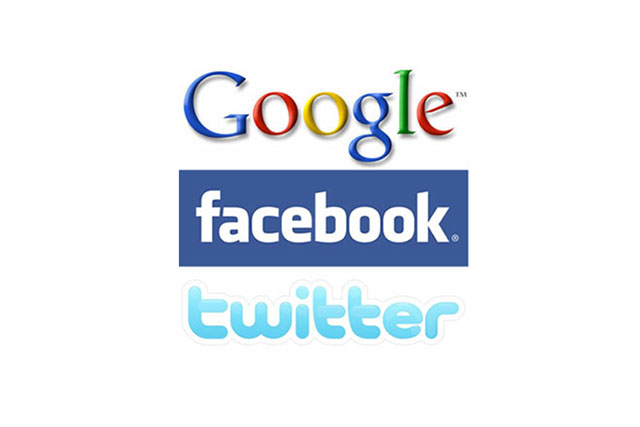 Having a digital detox is a growing trend worldwide as millions of people choose to switch off their electronic devices for a period of time to give their brains a break from the constant bombardment of emails, notifications and social media messages which experts say add to stress, disrupt sleep and leave less time for social interaction and other healthy activities – like exercise.

A growing number of studies are showing that being constantly online is affecting memory, ability to concentrate, emotions and is even damaging our brains.

A new survey from the US Pew Research Centre last year showed that increasing reliance on the internet for information and entertainment is making people worse at problem solving, recalling facts and learning.

Debate is swirling over whether there is really such a thing as internet addiction disorder, a term to describe compulsive behaviour which completely dominates an individual’s life in a similar way to drugs, gambling and pornography – to the detriment of family and friends.

Many psychologists say a more apt way to view unhealthy attachment to going online at this stage would be “problematic internet use”, a term which indicates that the habit interferes with daily life.

They point out that people only become addicted to what the internet offers, such a social media, browsing, gambling, pornography and computer gaming – an activity which is increasingly taking over the lives of young people and children.

Rehabilitation centres, retreats and special camps for children are springing up all over the world to help people achieve more balanced lives through disconnecting from the internet, while a growing number of cafés, bars and restaurants are eliminating WiFi to allow people to escape the demands of their devices and have uninterrupted social interactions.

“Pretend it’s 1995 – talk to each other” is a slogan often posted on those premises. Because ignoring a mobile phone is so difficult to do, a new game has been created – phone stacking – in which people in a social setting deliberately pile their devices on a table to see who can go longest without looking.

Whoever caves in first must take the consequences of a penalty agreed beforehand – such a paying for the meal if the participants are in a restaurant.

Business has latched on to the trend, with some brands ironically using technology to fight technology overload.

A growing number of businesses have subscribed to the view that technology overload distracts ?people from their work and doesn’t encourage original thoughts.

Don’t leap to every beep, buzz or light  of your devices, “he advises. “It takes as much as 20 minutes to properly refocus on what you were doing when you got distracted. You should be in control of your technology, not the  other way around.”

He explains he doesn’t want people to go back to the  “quill pen an plough”, but to have a healthy relationship with technology.

His partner Charlotte Walsh says that although technology is “incredibly useful and educational”, it can become dangerous by distracting people from doing their jobs or studying, and can also persuade them to spend more money than they can afford.

The US Sales Coaching Institute also recommends digital detoxing for sales people to “reconnect with the effective basics” of selling.

“Relying on programs and customer service applications to manage time and expectations takes away from basics of hard-core selling of days spent getting in front of customers.

Even Randi Zuckerberg, the sister of Facebook founder Mark Zuckerberg and former director of market development of the social media site, is an advocate of digital detoxing and suggests that hard-core users take regular days off from their gadgets.

Richard Branson’s multinational group Virgin last year introduced a requirement that employees turn off e-mail for two hours a week in a bid to improve their wellbeing and creativity, using the time instead for brainstorming sessions, walking meetings and team sessions at the gym.

And in May last year, France took an extreme step – it voted for a measure to force companies of more than 50 people to set hours, at night and the weekend, when staff are not supposed to check emails.

The World Health Organization has compiled a report which concludes that there are cases of excessive use of electronic devices which incorporate the need for detachment and dissociation.

In China and South Korea, the affliction is viewed as a clinical disorder and health threat to millions of young people. Both countries have set up a network of military-style “boot camps” to teach children self-reliance and reconnect them with the real world.

Advice for a digital detox

The term “digital detox” was added to the Oxford dictionary in 2013 and has now become mainstream, with magazines and newspapers regularly publishing articles on how to start and stick to the process, which requires a great deal of discipline for individuals who have not put themselves into a WiFi-free environment.

Some experts suggest that people start with making two lists – one of their gadgets and the other of things which they enjoy doing in life but aren’t doing at present.

They could then establish a maximum daily time allowance for devices, starting with small, realistic time limits such as while exercising or during a lunch break.

Banning devices from bedrooms is recommended as the blue light emitted by the screens stops production of the hormone melatonin which is vital for falling and staying asleep. Checking emails could be restricted to a given time period and mobile phones can be put out of reach while driving as even hands-free sets slow reaction times.

According to global media and marketing services company Mindshare, “digital dieting” is one of the five trends to expect in 2017, as a growing number of people believe this is beneficial.

A study of 2 025 adults and 500 teenagers by the UK regulatory broadcasting authority last year showed that more than a third of internet users in Britain – estimated at 15m people – have already taken a period of up to a month away from the web.

The other statistics it compiled are worrying – 59% of respondents said they considered themselves “hooked” on their devices, with a third saying they found it difficult to disconnect.

A typical adult spends an average of 25 hours online per week, and nearly half say they go online or check apps more than 10 times a day. Half of the respondents also said they spent longer online than they originally intended.

Children seen as most vulnerable

Many experts believe that children are most vulnerable to the negative consequences of internet overuse, with computer gaming viewed as the biggest culprit.

South African child psychiatrist Brendan Belsham wrote in a blog last year that the problem was that gaming itself was actually addictive, with scientific studies showing that it activates the same area of the brain – the nucleus accumbens – as drugs of abuse such as cocaine.

Electronic exploits produce a false sense of achievement and make children moody and more prone to boredom, he maintains.

Another problem is that tablets often become “surrogate babysitters” for infants and toddlers, with screen time interfering with attachment – the crucial development process by which children form secure emotional bonds with their parents.

Colin Webster, president of Mind Sports South Africa, maintains that computer games are a great way for children to enter and master the world of technology, which is increasingly important.

Studies have shown that gaming can increase mental sharpness and the competition involved was also healthy, he says.

The problems only arise when there are no limits set by parents and schools, he adds.

“There’s got to be a control element – they can’t just run rampant with gaming. That’s when children develop this addiction and don’t take time out to do other things.”

Most South African schools with e-sport teams required participants to play a physical sport and many had struck a deal with parents to allow computer gaming at school but not at home, he added.

Children actually saw one another during local network competitions, which met the need to have socialisation.

Mariam Isa is a freelance journalist who came to SA in 2000 as chief financial correspondent for Reuters news agency after working in the Middle East, the UK and Sweden, covering topics ranging from war to oil, as well as politics and economics. She joined Business Day as economics editor in 2007 and left in 2014 to write on a wider range of subjects for several publications in SA and in the UK.

This article originally appeared in the 29 June edition of finweek. (http://www.fin24.com/Finweek/Featured/are-you-addicted-to-your-phone-20170704)