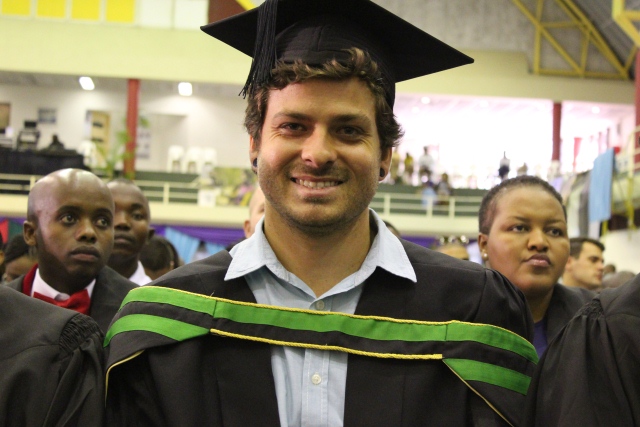 Choosing a career in Architectural Technology for Ive was a decision based on his passion for Architecture during the final stages of his high school life in Northwood Boys High. Ive, who initially wanted to study graphic design, had spent most of his life visiting building sites with his mother who has been in the Architectural field for over 35 years.  “I spent much of my childhood visiting building sites and drawing with my mother’s pens and pencils,”  he said.

The biggest challenge for Ive while studying towards his Btech was his choice to do it part-time. Ive attended evening classes and worked during the day, however his five year experience in the field contributed a lot to his current achievement. “My time in the field has helped me gain valuable real world experience in the field. The years I spent working before I decided on furthering my studies exposed me to a variety of designs and taught me processes needed for a building sketch to a final product,” he said.

Although he plans to further his studies by completing his Masters Degree, he will take a break and focus on gaining a few more years of work experience to give him enough ammunition for his masters.