DIGITALK: “For the Love of Pi, Lets Teach Our Kids”

DIGITALK: “For the Love of Pi, Lets Teach Our Kids” 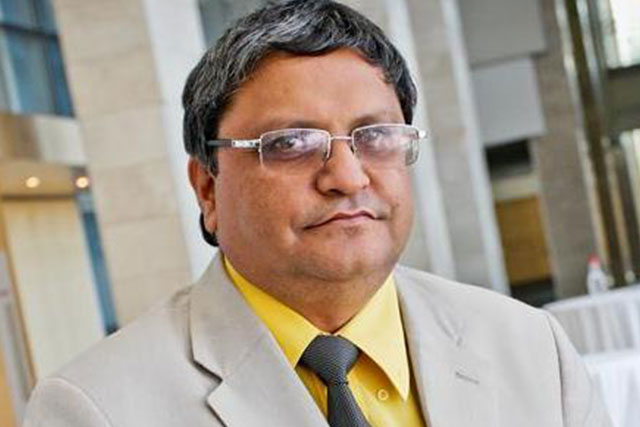 I LOVE cauliflower and peas, if you ever think of inviting me over. It has been harder to get this vegetable recently, thanks to a national cauliflower shortage due in part to Tim Noakes’ bestseller about the so-called Banting diet.

Let’s dispense with my favourite vegetable. A cauliflower has a self-replicating image. The further into the vegetable you explore the more of the self-same you see. We use a wonderful word, recursion, to describe this. This is the act of defining a mathematical object in terms of itself.

Recursion and numbers play an increasing role in our lives. This provides us computer scientists with an interesting experimental opportunity to examine and to model the changing world. It has, for example, fascinating parallels in the modelling of coastlines as they reshape, as wave after wave pounds it along with the predicted occasional spring tide, leap tide and so on. My, better half, is now convinced that I really am an idiot – after all a coastline, before or even after being reshaped is still … coastline! Precisely!

I am particularly fond of the Julia and Mandelbrot set of numbers and Pi. I love the first set of numbers simply because they can be used to produce beautiful self-replicating images, like the cauliflower.

Google the words Julia or Mandelbrot, and select images. You will be amazed as well. Send me the images of the ones that you love! Confession: I learned about these numbers when I was tasked with testing computer and printers. So I looked for mathematical models for testing and, being lazy, found and tried image processing, which could do both. Thus, began this love affair.

The Americans have a propensity of making a big deal of everything. They create and nurture a love for learning, which is one of the reasons that they are particularly good at mathematics. Consider this: they have a different way for representing the date. So 3 March is really 3.14, which coincidently represents the first two digits of Pi or π. So they made Pi Day, and celebrate this big time. This is a huge celebration in American schools.

Formally Pi (π) is the ratio of a circle’s circumference to its diameter or some of you may remember Pi as the formula used for the area of a circle – π r2. Pi is actually an infinite series 3.1415 …. So far computers have calculated the first ten trillion digits of the series with no recurring pattern detected!

Pi, of course, only becomes relevant the day we are standing at CTM tiles trying to calculate the number of tiles you need.

We all know maths is difficult. “Maths is hard, the students are non-responsive, the material is abstract and we don’t have the technology.” These are standard complaints.

Pi Day is a fun, interactive method that parents and mathematics teachers can leverage. I challenge you to help me extend this love affair – to your kids, nieces, and students. Let’s have Pi week or a Pi month or Pi-approximation week. The Pi events supplant the fear of the irrational number Pi and mathematics. The result is that learning happens in an extraordinarily fun manner.

The idea of Pi day is to investigate what, where, and how numbers such as Pi influence society. Mothers can bake Pi(es) and make other interesting thematic food, which is in line with their child’s work to increase the educational component.

Is this not a wonderful way to teach Pi to young maths students?

Needless to say, for me, Pi day is pickle day. For you it may be pizza, pineapple, pizza, or pine nut day. If indeed you did spend the day educating you child (or supporting you child in mathematics) you may, with your child’s blessing even end the day with a pina colada.

They even have a Pi Approximation Day on 22 July in the USA. I suspect it is too late this year for us in SA to have a bash at Pi Day. Here is my suggestion – let’s start the conversation and remind the kids about Pi Day then challenge them so we can indeed have Pi Approximation day.

Here’s one to get the little ones going. What do you get when you take the sun and divide its circumference by its diameter? Pi in the Sky. So you see you’d really do have to be irrational not to celebrate Pi Day. Especially, if there is a real possibility of Pie.

Remember how we parents used to sing and make funny faces as we stuffed the most horrible, smelly inedible bits into our children’s mouths during their formative months, just for their own good? So why can’t we make good pies and have them celebrate mathematics and willingly learn through their stomachs?

I recommend a refreshing and interesting book, The Joy of Pi by Blatner. Read it with your family. I will join you if you make cauliflower and peas .…

Pictured: Colin Thakur is the Director of the iNeSi e-Skills CoLab at the Durban University of Technology. He is a digital activist keen on upgrading the e-skills of the nation to enhance the quality of life. He lives and subscribes to the mantra One-person-One-connected device.