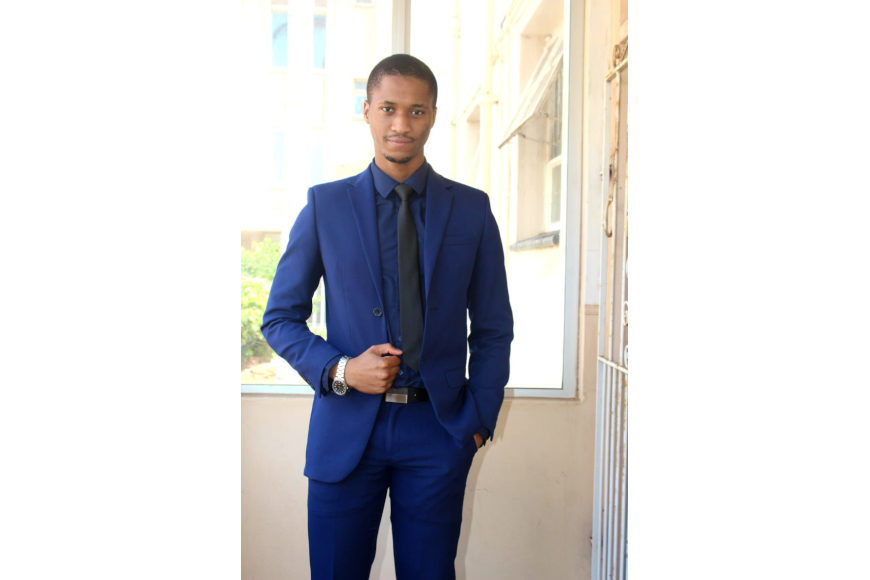 Durban University of Technology’s (DUT’s) alumnus, Someleze Diko is all smiles as he is now part of the Microsoft United Kingdom from this March 2022.

Growing up, he was always keen on understanding how devices worked and how to build these devices. Through being exposed to career exhibitions and career guidance from his educators at St Georges Senior Secondary School in the Eastern Cape, he was intrigued by technology and how it works thus choosing to pursue a career in ICT. He added that in his second year at DUT he met Fanie Ndlovu, a Master’s degree student in Information and Communications Technology, (ICT) and the brainchild of VarsityGenie, a student leadership platform.

He explained that Ndlovu had exposed him to different kinds of events he was hosting within the University and through him he was able to work alongside Enactus DUT and the Deputy Vice-Chancellor: Research, Innovation, and Engagement (DVC: RIE) office on community engagement projects.

He explained that attending these events and working on different projects helped him understand what Mr Ndlovu was trying to achieve, which is to give back to the DUT community.

Ndlovu, who also played an integral role in mentoring him in terms of community engagement, said he had met Diko in 2018 during his tutorial class.

“I had then invited him to attend a tech event I was hosting. From there on he attended every event and started to be majorly involved with organising and facilitating events around Durban, becoming one of the people I could rely on,” he said.

“He is also increasing the employability of students, which Diko is an example of. He will be working for Microsoft UK and without him being involved in community engagement he would have not obtained such an opportunity,” said Ndlovu.

He further spoke on the Enactus DUT Timesheets which he and Ndlovu built, which is a timesheet mobile app for Enactus DUT using the Microsoft Power Platform to automate their traditional timesheet capturing process.

Diko explained how his new, permanent role at Microsoft UK came about, saying that in 2020 during lockdown, he started learning about the Microsoft Power Platform, through the Microsoft Learn Student Ambassadors Programme, which consists of Microsoft Power Apps, Power Automate, Power BI and Power Virtual Agents.

“Using the skills I acquired from the platform, I started to build some personal projects and two community engagement projects as I have stated.  Within the programme I met like-minded ambassadors from South Africa and other countries in which I worked together with them to deliver events that help upskill our communities with the necessary technical skills,” he relayed.

Diko added that the Microsoft Student Ambassadors Programme, the events hosted on the Inspire SA YouTube Channel and completing capstone projects within the programme helped him further pave his way into the role at Microsoft UK.

Going forward, his greatest goal is to upskill people in his community and expose them to the vast knowledge and opportunities that are out there.

“I want to help people gain the skills that they will need when they go out in the industry,” he said.