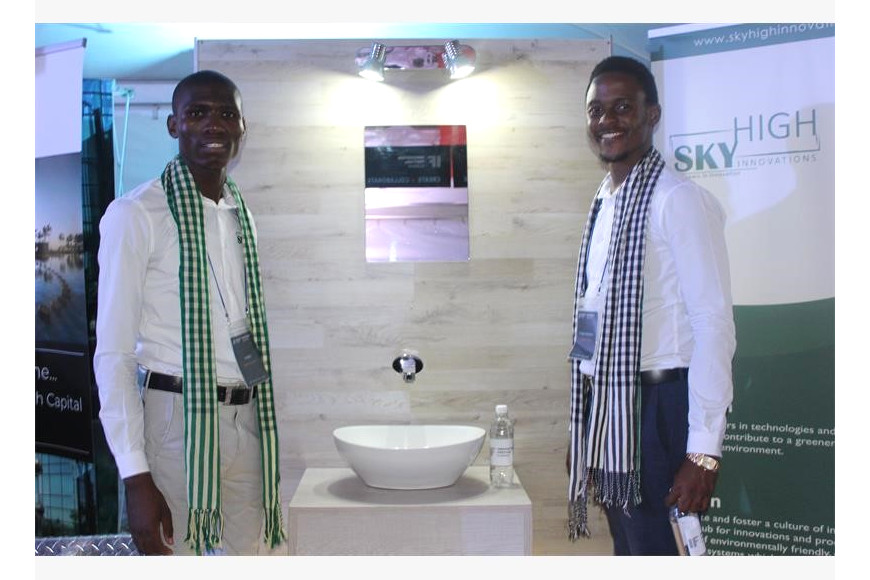 Ntando Ndimande wants to change the way you wash your hands with a simple idea of a foot-operated tap. “You step on the pad and it dispenses water from the basin and then as soon as the foot force is removed, it (tap) shuts closed,” he explained.

The idea has been in the pipeline for four years so it is not a response to the Coronavirus but nevertheless, argues Ndimande, it would make washing your hands more effective.

Ndimande is the founder of Sky High innovations, one of the many start-up companies exhibiting at the Durban Innovation Festival.

The festival is held at the uMkhumbane Entrepreneurial Support Centre in Cato Manor which also serves as a home to the newly launched Innovation Co-lab.

The lab, located deep in the township, will help young entrepreneurs like Ndimande in showcasing, guiding and selling their small businesses.

Ndimande’s idea has already taken foot as he was awarded a R500 000 grant by the ILembe District Municipality to assist in marketing his business and finalising design prototypes.

The next step for Ndimande is to upgrade his product for that crucial SABS (South African Bureau of Standards) approval stamp, which goes a long way in adding business respectability.

Ndimande said his idea was borne out of the need for efficient water use and hygiene.

“When you use taps, you have to open it with your hands and have to close it (using your hands) which defeats the purpose because you are contracting the same germs. I have run into situations where taps were left open, (by people) wasting water,” he said.

In a 2018 auditor general report, it was said the city lost about 105.22 million kilolitres of water due to leaking taps or burst pipes, which translated to R714 million and Ndimande believes his product can significantly reduce that rate.

As a young start-up, the business consists of only two people, Ndimande and Ayanda Bhengu, the Production Manager.

Both Ndimande and Bhengu have minimal engineering expertise, they have qualifications in Nautical Studies and Homeopathy respectively from the Durban University of Technology, and are hoping their grant will allow them to hire more people.

Aurelia Albert, Chief Executive Officer of Innovate Durban, said she was proud of the young entrepreneurs and hoped their success would show more people that it is possible to do it.