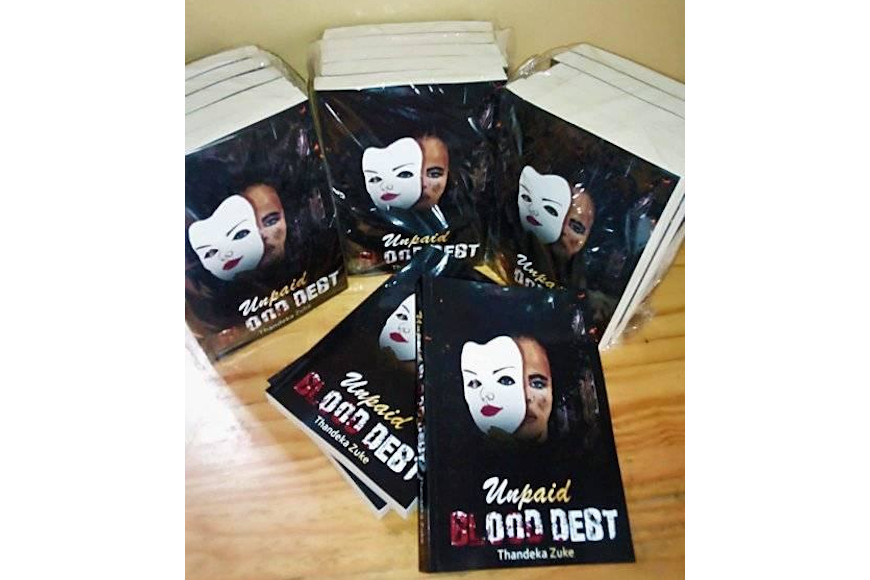 Thandeka Zuke started off her writing career by writing stories on Facebook since 2015 and she recently released her first book called Unpaid Blood Debt.

Zuke (25) from eNqutshini Village in Empangeni graduated with her National Diploma in Child and Youth Development Care in 2017, at the Durban University of Technology (DUT).

She stresses that although her journey at DUT was a bit challenging, it taught her independence. Zuke said she started writing stories on Facebook in 2015, by then, she was still a DUT student, and now she has more than 22 000 people liking her Facebook page.

“There was already a number of writers online when I joined and the response I received from my audience was positive. Most of them liked the kind of stories I was sharing with them,” said Zuke.

Zuke explained that he book is about three sisters who embark on a journey of revenge. They move from KwaZulu-Natal to Cape Town to form their gang and commit crime under the disguise of this gang. They are inexperienced but driven by pain, anger, confusion and revenge of the death of their family and they are certain that whatever happens, in the end they will get their blood debt paid to them.”

She added that publishing the book was a bit of a challenge for her. “I had to find a publishing house that offers self-publishing services and pays for everything, of which I did, but in the end the publisher scared me. The biggest challenge was to pick up the pieces and start afresh as painful as it was,” she said.

Nonetheless, 2020 was the year for Zuke to shine. She added that seeing the final product of her work was a huge achievement for her.

People can order a hard copy of Zuke’s book by contacting her at 063 570 5427, email address: Thandekazukestories@outlook.com. There is also an E-book available on Amazon.