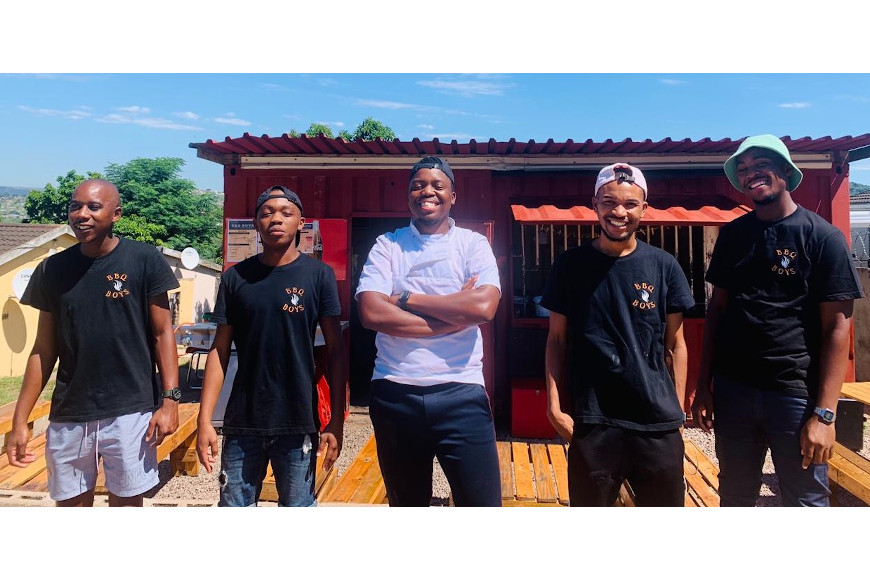 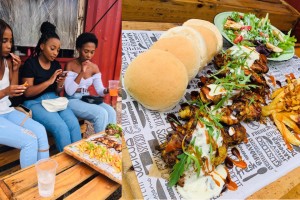 This is the name of their newly established restaurant situated in the busy Tom Tom and Malandela Road in Kwandengezi, a township outside Pinetown. They specialise in the American barbeque style infused with shisanyama flavours.

The trio could not return to their jobs due to the eruption and spread of the COVID-19 pandemic. They had a choice to sit and sulk at home, feeling sorry for themselves or use the skills they acquired at DUT and work environment to establish a business of their own which will not only benefit them but also their community.

Makhaye from KwaNgcolosi said his passion for cooking began at the of age 11 when he started cooking with his mother at family gatherings. He enrolled at DUT for a National Diploma in Hospitality Management, where he met his business partner Vuyani Khumalo. His other partner Mlondi Khumalo is his childhood neighbour. In the business Makhaye focuses more on the culinary aspect such as menu and food planning. While still a student at DUT, Makhaye was fortunate to be selected for the Disney Culinary Programme.

“I spent about a year in the United States of America, studying. I went to Disney University first, where I learnt everything about service. The programme was structured around us being exposed to the different environment in the establishment. It was broken down to us learning about quick service, which is your McDonald’s type of set up, where fast food is served, a family style type of dining, which is your buffet restaurants. We were structured to move around in all those places and learnt a lot when it came to culinary,” said Makhaye.

Vuyani Khumalo (27) from KwaNdengezi also has a National Diploma in Hospitality Management that he obtained at DUT. He was also exposed to working abroad. In BBQ Boys, he’s more of a front man who deals with people. Khumalo (Vuyani) grew up watching cooking channels and has worked in Johannesburg and Eastern Cape during his in-service training. He is happy with the feedback they have been receiving from people who enjoy their food, presentation and service.

Meanwhile Mlondi Khumalo (23) from KwaNgcolosi runs the operations, just to make sure that the business is running smoothly. He completed his National Diploma in Hospitality Management at DUT, last year, 2020 and is looking forward to graduating this year and growing their business.

“We have decided to use the skills that DUT infused to us to come together and form a business. Honestly speaking I don’t see myself working for someone else at the moment. I want to see BBQ Boys grow and move forward, working together with my partners. Hospitality played a huge role when I did my in-service training in Port Elizabeth, Garden Court Kings Beach. I also moved to Southern Sun in Johannesburg where I learnt a lot. Then we had lockdown, one had to come back home. Luckily I had friends like Kwanele and Vuyani who came up with the idea of establishing BBQ Boys,” said Khumalo (Mlondi).

Makhaye said at BBQ Boys he uses most of the skills he learnt during his time of travel. He revealed that after Disney he got another chance to go abroad, where he spent three years working at hotels and country clubs. Before the pandemic, Makhaye was working as a chef in one of the luxury cruise lines but was forced to return back home. At the luxury cruise, he said he learnt different cuisines, it was a fun experience, something that he can forever talk about.

“The global pandemic had a big impact in my life. I would say that it was blessing and a curse at the same time. During the time of the pandemic, I just recently started my job in the cruise lines. I was set to travel the whole world and experience a lot of things. A month in the job, I had to stop and return home,” said Makhaye. 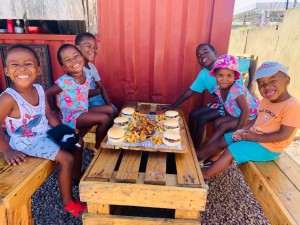 During the first hard lockdown in March 2020,  Makhaye and Mlondi Khumalo started a business of selling affordable bread in the streets of Durban which helped them to save enough money to establish BBQ Boys. They used to buy the bread from Makhaye’s aunt who owns a bakery and would sell about 500 breads a day until the business stopped functioning when the country opened in level 3, leading them to open BBQ Boys. They convinced Vuyani Khumalo who was selling food from his car to join them in the business.

“We sort of had an idea of why don’t we bring this lifestyle of Kloof, Hillcrest, Umhlanga and bring it to the people so that they don’t have to travel a lot and take risks when travelling to these places. We started drafting menus, pumping out food. It was just food that people used to see from a distance or had to travel a lot to experience this type of dining. Our target, is people of all ages because we don’t specialise in other things other than food, we host kids, old people you name it,” explained Makhaye.

When they started the business they thought they will save the money to raise funds to go back to working abroad after lockdown. At this current stage they have all shaken hands and agreed not to go back abroad, but rather focus on growing their business, which they feel is going to create jobs in the future. Currently they have employed two staff members and are looking at soon employing two more. In the long run, the BBQ Boys see themselves hiring about 10 people due to the busy nature of their business. Some of the challenges they are facing is ensuring that their customers adhere to the COVID-19 health regulations while they are close to their homes but have to enforce the rules to ensure the safety of their customers.

The BBQ Boys who have become popular on social media due to their mouth-watering menus are grateful for all the support and wish to invite people to visit them for a one in a lifetime kasi experience. Check out their page: bbqboys_za on Instagram and Facebook.

Other pictures: Some of the mouth-watering food sold at the BBQ Boys in KwaNdengezi. Also with some of their customers having a great time.