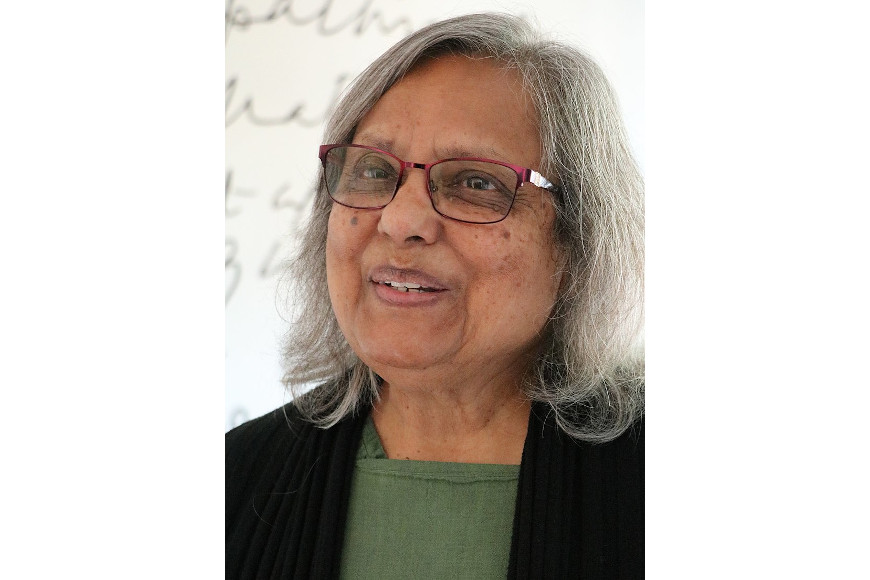 The Durban University of Technology (DUT) in collaboration with the Gandhi Development Trust hosted the 2020 Annual Steve Biko Seminar on Monday, 28 September 2020 via MS Teams.

Welcoming the guest speakers and attendees to the event was Professor Sibusiso Moyo, Deputy Vice-Chancellor: Research, Innovation and Engagement at DUT.

“We are talking more about social responsibility and democratic citizenship education for a South African Higher Education Institution and what that means in terms of cultivating humanity. It is important for us to discuss this within the higher education institutions and the role they play in society, the type of products that come out at universities, this includes also the type of graduates, graduate attributes and our impact on society,” she said.

She added that the question is what role do universities play?

“If you look at DUT for example, we have a new Envision 2030 strategy. This strategy speaks of five values which are transparency, honesty, respect, integrity and accountability which we believe would help to make our people, who are students, staff and those that we interact with in terms of inculcating a culture that would help people become responsible citizens in society. So the question is what does it really mean in terms of translating that impact in terms of society that we find ourselves in? I am really excited in terms of the panel and look forward to them sharing their thoughts,” said Prof Moyo.

The event facilitator was DUT’s Professor Darren Lortan, who is an Associate Professor of Mathematics. He spoke on the context for the seminar saying that every guest speaker are experts in their fields who would add to the topic of discussion. He emphasised more on the objectives that Steve Biko championed for, which was to reflect on Biko’s philosophy of Black Consciousness and its grounding in an African humanist philosophy for post-apartheid South Africa; and to explore the essential capacities for the cultivation of social responsibility and democratic citizenship at HEIs, to name a few.

The first speaker of the event was Dr Ela Gandhi Founding Chair: Gandhi Development Trust. She is the former Chancellor of DUT, and an international peace and nonviolence activist. She spoke on her personal account on Steve Biko and shared her thoughts on the integral and holistic education of the head, hand and heart for self-development and community and society building.

She stressed that Biko was a larger than life hero and inspiration for generations to come. “My association with Biko began in the 60s and 70s when he was a young student and president of the SRC at that time. He used to come with groups of students on a learning mission to the Phoenix settlement in Inanda. The discussion was always about strategies on student development and education. We were very much aware of the apartheid education we were being exposed to. The standard of education was kept low with the emphasis on Biblical studies, and little emphasis on Maths and Science,” she said.

She said Biko than began focusing on developing the ideology on Black Consciousness and of the liberation of the oppressed.

Professor Jansen continued the discussion, focusing on the testimony of Steve Biko in a Pretoria Court in 1974, his exposure to the critical thinking of Biko, the Clicks debacle, the politics of race in South Africa today, as well as delving into the issue of decolonisation.

“As any young black kid, I had all the insecurities of those times and the uncertainty of one’s own political identity and into this comes the consciousness, the knowledge of this incredible thinker, the man called Steve Biko, and a lot of on campus events were organised around thinking and sayings of Steve Biko. People started wearing afros and saying black is beautiful,” he said.

For Prof Jansen himself, he was mesmerised by Biko’s thinking on black consciousness. “Fast forward to today and Clicks puts out a racist advert about Black women’s hair compared to White women’s hair and I suppose I was not surprised by how we reacted as South Africans which is to be violent and shout out. I always contrast that to the deep thinking of Steve Biko and the fact that what he forced us to do is to reflect on ourselves rather than to just reflect in those days, the enemy, the state,” he said.

He also spoke on the issue of decolonisation and what made him worried was the fact that students focused more on material things like symbols and statues, more so on institutional culture rather than knowledge. Prof Jansen also explained that there is a vital need to feel a powerful sense of one’s self which is what Steve Biko emphasised in his teaching.

Prof Jansen is a Professor of Education at the University of Stellenbosch. He holds a PhD from Stanford, as well as a number of honorary doctorates. He is the author of a series of books that explore critical issues on education, especially the continued imbalances in the sector.

The last speaker of the event was Dr David Mohale, Director of Special Projects at DUT in the office of the Vice-Chancellor and Principal. He holds a PhD in the field of Development Studies, is a published author and has presented papers at several local and international conferences focusing on themes such as the developmental state, the developmental local government, local economic development, corruption and many others.

His presentation focused on the social commitment of young people towards reconstructing and developing a humane society.

Dr Mohale spoke on the meaninglessness of democracy saying that throughout the world, the downtrodden often think that democracy is the bridge towards a more dignified life. He also spoke on the sources of chaos and the state of chaos in South Africa.

“The Higher Education Information Management System estimates that South African universities produce at least 190 000 new graduates per annum. Sadly, the formal market only absorbs an estimated 41 000 graduates per annum; and we know many reasons and excuses for this chaos, which births dehumanisation of many in their social lives,” he said.

Dr Mohale gave insight into what has been the role of HEIs.

“I suggest that our role as HEIs has been to prepare rather than repair our students intellectually so that they change the dehumanising system,” he said.

He concluded by saying that there is a need for the construction of a new value system. “Can the universities become truly developmental, leading sites instead of being happy with being microcosms of society? This will necessitate a paradigm shift. Youth have got nothing to lose but their future, inevitably, their commitment is unquestioned,” he said.

The event ended with a question and answer session with the attendees and more discussions pertaining to HEIs playing a vital role in ensuring more dialogues and collaborations are on the cards at universities.