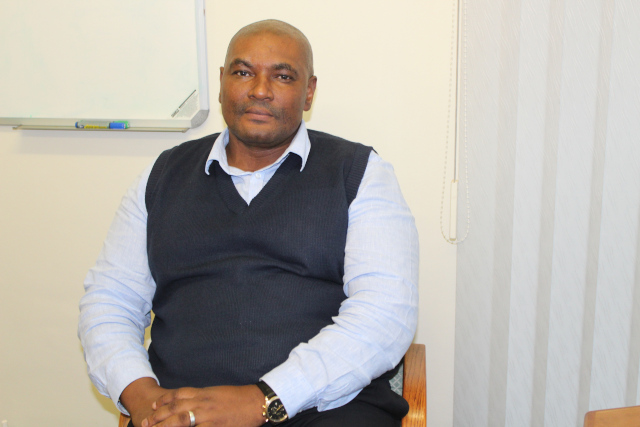 He (Mhlongo) has vast experience in protection and security services. He has been in the Security and Protection Services industry for over 21 years. His career began as a Security Guard for Secureco and he then trained as a Protection/Bodyguard and was given the opportunity to be a bodyguard for various MEC’s such as the former KZN premiers, Dr Zweli Mkhize and Sbu Ndebele. He has also worked as team leader for the Provincial Protection Services Unit within NPA. Prior to joining DUT, he has worked for Security International as an Operations Manager for DUT Campuses. He has a Higher Certificate in Introduction to Corporate Forensic Investigating from Damelin, a GradeA Security licence and also a Private Security Industry Regulatory Authority Statutory (PSIRA) GradeA licence.

An ecstatic Mhlongo said he will be overseeing both DUT Campuses (Midlands and Durban) Protection services. “It is an honour to be appointed as the temporary Manager for our Protection Services, I am pleased with the faith that the University has instilled in me,” he said.

Mhlongo who is well known in the Midlands Campus will operate from his current office at the Midlands campus as he is yet to find an office at the Durban Campus. However, for any security queries and emergencies, he can be emailed at: melusim@dut.ac.za