DUT AWARDED THE FEENIX UNIVERSITY OF THE YEAR AWARD

DUT AWARDED THE FEENIX UNIVERSITY OF THE YEAR AWARD 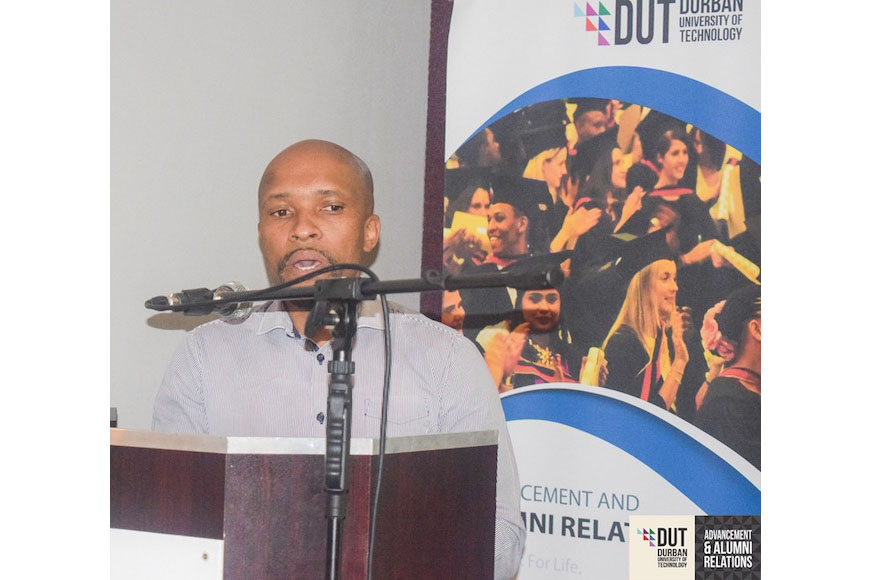 The Durban University of Technology (DUT) was recently awarded the Feenix University of the Year Award 2020 for going beyond the call of duty in partnering with Feenix to assist students in meeting their financial obligations.

Advancement and Alumni Relations Director at DUT, Zwakele Ngubane said Feenix recently shared the exciting news via e-mail communication, that it has awarded the DUT team the University of the Year Award in appreciation of the team’s continued willingness to go beyond the call of duty, valuable collaborative partnership and contribution towards ensuring that access to education is not dependent on wealth.

“The DUT-Feenix partnership began in 2017 which was mainly with the Financial Aid Office, however it was in 2019 when I had a meeting with Ms Nyasha Njela at a workshop hosted in Cape Town for fundraisers where discussions about further strengthening the relationship between the two organisations took place,” said Ngubane.

Furthermore, he said that various meeting followed thereafter where agreements were made in terms of how the two organisations would work together to increase the number of DUT students who could benefit from the Feenix Crowd-funding.

“It was also agreed that since Feenix had a number of disbursement periods throughout the year where funding could be allocated to the more active universities and students, DUT could now feature and host a campaign on the platform and other forms of collaboration that would increase the number of allocations to DUT students. During the year 2020, the Advancement Office worked very closely with Feenix and managed to secure a number of financial support opportunities for its student as well as support for devices and data that also became a focal area due to the COVID-19 pandemic that engulfed, not only the nation but the globe,” he explained.

According to Ngubane, it was this close collaboration, quick responses and action taken when funding opportunities availed themselves that resulted in the significant improvement of the number of DUT students that would benefit from Feenix disbursements. He further said it was the increased collaborative engagement with Feenix that led to DUT being announced as the Feenix University of the Year for 2020.

“Recognition must also be given not only to the Advancement Office as a unit but one particular staff member, Mthetheleli Gwaza who was appointed as the Feenix liaison for the Advancement and Alumni Relations Office, who also received a Feenix University Staff of the Year Award. Appreciation and gratitude must be expressed and directed to the entire Feenix team but in particular Cara-Jean Petersen, Feenix Student Engagement Manager, who was the main liaison with DUT on behalf of Feenix,” said Ngubane.

Feenix is a public benefit organisation governed by a Trust that was launched in in June 2017, as a response to the #FeesMustFall movement that spread campuses in South Africa during 2015 and 2016. Feenix encourages all stakeholders to combine efforts to assist students in graduating debt-free.