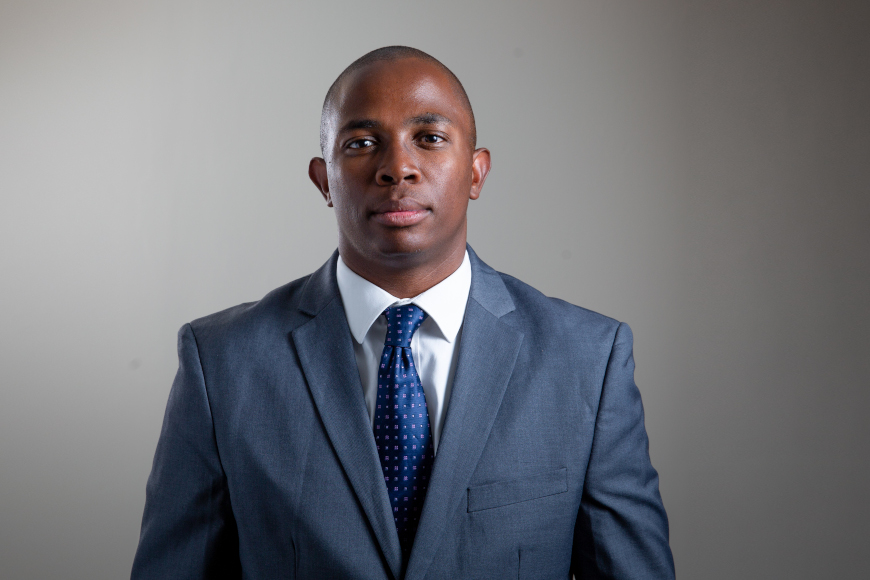 The 2021 event featured Mr Jerome Klaaste, a public speaker, community builder, the Founder and Executive Director of the Aggrey Klaaste Trust (AKT), which was established in 2017. The AKT is named after his late father Aggrey Klaaste, the former editor of Sowetan newspaper and community activist, who used his pen to rebuild South African communities that had witnessed horrific violence and state repression.

Facilitating the proceedings of the event was Advocate Robin Sewlal, Associate Director: Journalism at DUT.  He shared that a recent study revealed that false stories spread faster and more widely than real stories. Sewlal added that the truth takes six times longer than fake news to be seen by 1500 people on Twitter. Adding that false news and conspiracy theories take a long time to debunk therefore making the challenges on mainstream media to be bigger, thus making the lecture’s topic so relevant.

Delivering the opening remarks Professor Sibusiso Moyo, Deputy Vice-Chancellor: Research, Innovation and Engagement at DUT, first requested a moment of silence to pray for those who have been impacted upon, infected or are sick from COVID-19 and other illnesses. She said she knows that there are many students, staff and the public who have been affected by the recent unfortunate instance of violence and looting in KwaZulu-Natal and South Africa.

“This series of engagement in the University is imbedded within our Engagement Framework which is based on DUT’s ENVISION2030. We talk about being transparent, honest, having integrity, respect and accountability, with our commitment of being fair, professional, compassionate and excellence. As a University we are located within a community, so we can’t just turn a blind eye to where we find ourselves now regionally. We want to make an impact within our region. I see this platform of engagement as one of the platforms that is helping us to engage on some of the current issues that are happening and also try to find solutions. Remember universities are about knowledge, production, skills training and also building communities,” said Prof Moyo.

To journalists, Prof Moyo said Journalism is a powerful tool that can be used to educate, communicate and build relationships, communities and also insist on accountability. She said the engagement will help to unpack the role that Journalism can play in building strong communities where people will thrive and achieve their goals in order to contribute to the economic development. Furthermore, Prof Moyo said the inequality situation in the region cannot be ignored, saying these are things that journalists and other stakeholders can bring to the forth to ensure activism which will uplift the communities. Furthermore, Prof Moyo acknowledged the esteemed guests, partners, staff and students and organisers for their efforts in making the lecture a success.

Speaking about the need for responsible journalism in nation building, Klaaste said nation building in its nature is an inclusive process that requires all kinds of people from different walks of life to come together and share ideas, experiences, knowledge and skills. He said it calls for ordinary South Africans to take up the responsibility of changing things for the better into their own hands. A need for responsible journalism, he highlighted that it should not only take place in newsrooms, amongst journalists, public relations practitioners, media executives, advertisers, academics or business people. He said a space must be created where all South Africans can speak freely of issues facing journalism and nation building.

“Responsible journalism does not happen in isolation or in a vacuum far removed from society. Responsible journalism is an integral part of nation building. I am grateful to the Durban University of Technology, the Phoenix Settlement Trust and the Mahatma Gandhi Development Trust for hosting this very important event and for inviting me to engage with the future journalists, journalism fraternity and society at large on this key discussion. I have spent the past five years or so searching for my father, Aggrey Klaaste. Going through his columns and articles, interviewing those who knew him personally and those who admired and loved him from afar, to get a sense of who he was outside of our father and son relationship,” said Klaaste.

In addition, he said his mission was to get a better understanding of the words that shaped him and the thinking behind his famous nation building ideal, in order to continue the legacy. With the help of a handful respected trustees, Klaaste revealed that together with his family, they have established the Aggrey Klaaste Trust (AKT), saying the idea is to keep Aggrey Klaaste’s legacy of nation building alive and to push on with his moral vision of rebuilding the broken down structures in the communities that have been shattered by apartheid.

“On my journey I have been extremely fortunate to sit at the feet of a number of seasoned journalists from different generations, some are my father’s esteemed peers and some from a generation or two from his era. I know they are mentoring me, guiding me because they loved and respected my father,” said Klaaste.

Furthermore, Klaaste said the recent violent riots that saw many businesses nationwide destroyed are the reflections of the past, bringing to mind the turbulent 1980’s where many inter-racial voices in the political organisations called for the people to make the state ungovernable. He said the apartheid government called for brutal force, it also resulted to a traumatic slowdown of the economy caused by the pressure of the international communities, South Africa was in a serious state of crisis.

He said it was at this time that his father Aggrey Klaaste, the famous journalist and editor initiated his ground-breaking nation building philosophy at the Sowetan newspaper.

“He questioned the wisdom of burning everything to the ground. He took to his Sowetan column titled on the line to challenge state media on how it has continuously failed to report fairly and truthfully on historic events that gutted black communities. It was through his column that he unpacked the reasoning behind his great idea as he called it. He opened a debate to nation building, urging South Africans to start the rebuilding process immediately. He could sense that unless something was done quickly, there would be another violent explosion in the country. He used his editorship as a platform to champion his nation building philosophy,” explained Klaaste.

He said it is important for journalists to stand for the poor, as without journalists the ordinary man on the street will be forgotten.

The robust question and answer session was facilitated by Mr Kiru Naidoo from the Mahatma Gandhi Development Trust, who began by thanking Klaaste for this thought provoking address.