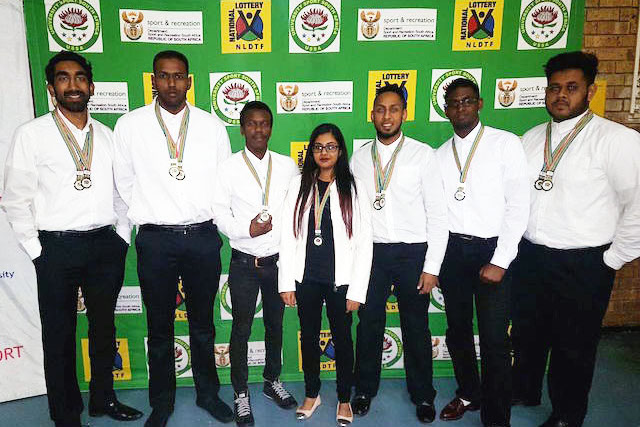 The Durban University of Technology’s (DUT’s) Karate Semi-Contact club has qualified to take part in the VISU World University Karate Championship, which takes place in July 2018. The club’s second place victory has led to this achievement.

The VISU World University Karate Championship was formed during the World University Championship sports programme in 1998, in Lille, France. Steady growth has been shown in the participation numbers every year during the competition. This growth and interest is taking the world university karate to the highest position. The VISU  world university Karate competition that the DUT Karate Semi-Contact club qualifies for  will take place next year, 19 July 2018, in Kobe, Japan.

The DUT team fought through to achieve second place at the Winter University Sport South Africa (USSA) games in July this year (2017). During those games they played as a team  After team fixtures, some athletes also participated in individual matches.

Club captain, Sudhir Balli said they were proud of their achievements. “It is a great achievement and the team has done its best, I am really proud of them,” he said.

Some of the karate accolades: