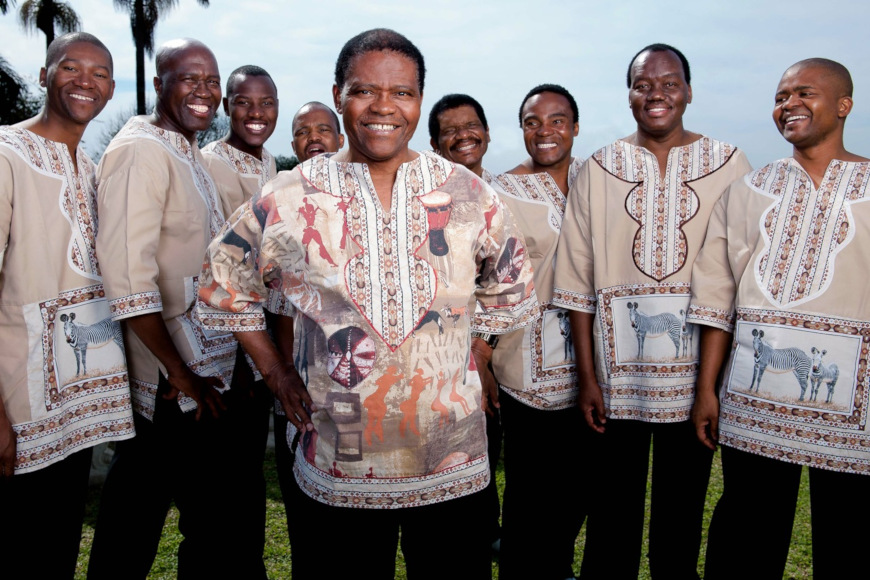 In 1993, the group accompanied former President Nelson Mandela to Oslo, Norway where he was awarded the Nobel Peace Prize. When the late Nelson Mandela was inaugurated as the country’s first black President, he asked them to perform at the celebration.

The legendary musician was given honorary recognition for his contribution to the arts in South Africa and abroad, and was awarded an Honorary Doctorate by the Durban University of Technology on 21 April 2015 at Steve Biko Campus’s Fred Crookes Sports Centre.

Over the past few years, it was reported through various media platforms that Shabalala’s health had deteriorated, which resulted in him retiring from the group in 2014. The family will release an official statement later today with more details on his funeral notice.

Pictured: Joseph Shabalala (in front) with the rest of the Ladysmith Black Mambazo group.