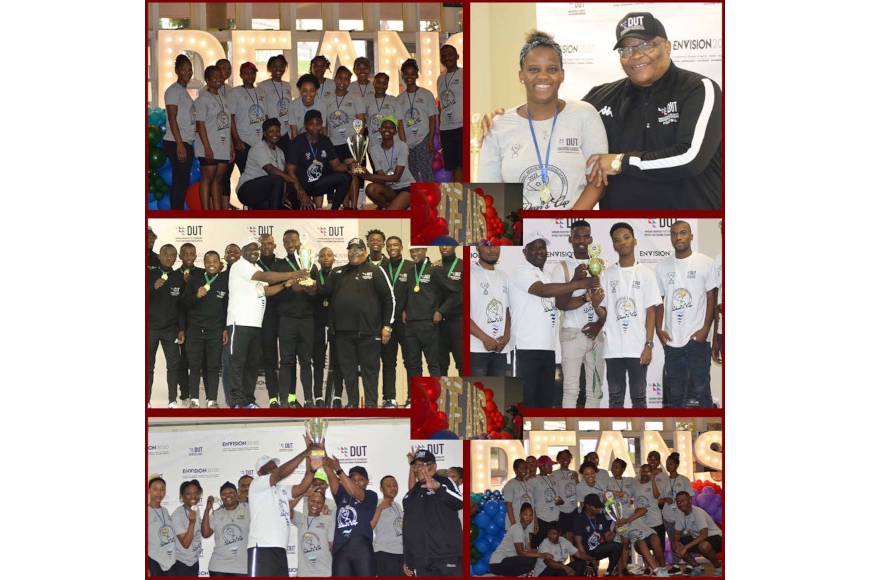 The Durban University of Technology (DUT) hosted a Dean’s Cup tournament at the Fred Crookes Sport Centre, Steve Biko Campus recently, where Durban and Midlands campuses competed against each other.

Qhawe Mncwabe, DUT Sport Coordinator said that the Dean’s Cup is a yearly competition created by the department in recognition of the dean of students. Teams from Durban and the Midlands competed in this competition which included individual team awards and culminated with an overall performance award.

DUT’s Sport Administration had 850 students who attended the prestigious tournament.

“The event was highly successful; I must commend we had a great turnout including a very vibrant crowd. Participants were competitive and made the overall experience for all the best, that is from the opening function right up to the closing ceremony,” said Mncwabe.

Mncwabe also mentioned that the tournament had its own complications and there is always a room for improvement.

“As we know the tournament needs to grow so we would like to see more sports codes in the tournament and we are looking at having a bigger crowd, so personally I still feel we did great but in the next year we can become better and bigger,” he said.

Mr Bongani Yengwa, DUT Head of Department mentioned that the main aim of the event is to keep students active, promote a culture and develop the core value of sport and the Dean’s Cup is inclined with the above-mentioned aspects.

“I would like to congratulate the Midlands Campus for winning, it was a tough one, but they made it through,” said Yengwa.

He further thanked all the dignitaries and everyone who came and made sure that the event becomes a success.

Mncwabe also expressed his thanks to the dignitaries that availed themselves to be part of the event.

“To the students and participants, without you the event would have not become what it was, to the staff within the department, thank you very much because without your support these events will not be possible,” he said.

Mncwabe further reminded the whole DUT community that they can achieve and learn a lot from each other.

“Midlands or Durban, we are one so when we have such events that are for us to unite, lets attend and have fun. Thank you to all that made it to the Dean’s Cup 2022,” he said.

Pictured: A collage of the Dean’s Cup winners.