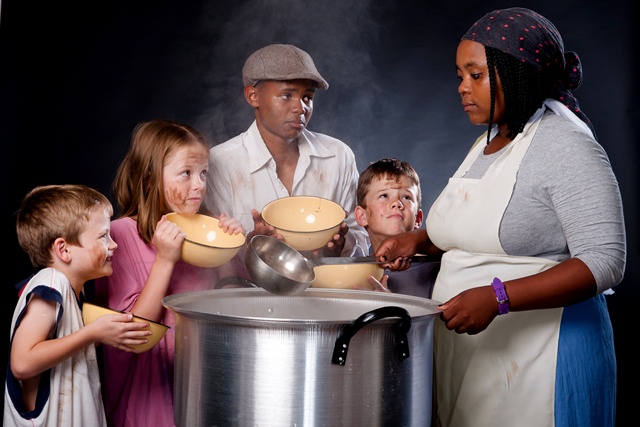 The DUT Drama and Production Studies Department starts the year 2015 with a musical flurry – staging the iconic Lionel Bart evergreen “Oliver!” which is based on the Charles Dickens classical novel and will be showcasing at the DUT Courtyard Theatre from Sunday, 22 March 2015 to Sunday, 28 March 2015.

Oliver! is a delicious, feel-good tale of young Oliver Twist and a host of colourful and eccentric characters: his co-conspirator, The Artful Dodger; the patriarch of the gang, Fagin; the sweet and caring Nancy and the evil Bill Sykes. It is also a hugely significant social commentary looking at the miserable life of a vulnerable young orphan living in Victorian London – his time in a workhouse, being sold as an undertaker’s assistant and as part of a gang of young pickpockets – before being adopted by his benefactor Mr Brownlow. The Oliver! rags-to-riches formula has inspired countless similar stories, including the much-loved musical “Annie”.

Oliver! boasts a host of much-loved songs: Food Glorious Food, Oliver!, Consider Yourself, You’ve got to Pick a Pocket or Two,  As Long as He Needs Me, I’d Do Anything and Omm-Pah-Pah. It has had a myriad incarnations with West End and Broadway versions, film versions and countless school and amateur renditions.

Director Dr Pamela Tancsik has localised it to a contemporary Durban setting – reminding us that this iconic work of literature is as current and topical now as when it was written. Human trafficking, abuse against women and children, poverty, street children stealing wallets and cell-phones resonates with us today as much as urchins lifting silk handkerchiefs and pocket-watches did in the 1800s.

The production’s musical director is Madlen Tzankova, the set is designed by Peter Court and construction by Jimmy Alberts and Black Coffee, while choreography is by Mdu Mtshali and musical piano accompaniment is by Richardt Wissink. Costumes and props are sourced and designed by the cast. After two rounds of open auditions, 12 children were chosen to play the orphans and to supplement the DUT students in the cast. There is a cast of 55 performers in total.

The production takes place in newly-refurbished Courtyard Theatre at DUT and is family-friendly.

For more information contact the Departmental Secretary, Lebohang Sibisi on 031 3732194 or email: lebohangs@dut.ac.za.