DUT UNION REPRESENTATIVES SHARE THEIR THOUGHTS ON THE PRESIDENTS’ ECONOMIC RELIEF RESPONSE TO THE IMPACT THE CORONAVIRUS PANDEMIC IS HAVING ON SOUTH AFRICA, BUSINESSES AND THE LABOUR FORCE

DUT UNION REPRESENTATIVES SHARE THEIR THOUGHTS ON THE PRESIDENTS’ ECONOMIC RELIEF RESPONSE TO THE IMPACT THE CORONAVIRUS PANDEMIC IS HAVING ON SOUTH AFRICA, BUSINESSES AND THE LABOUR FORCE 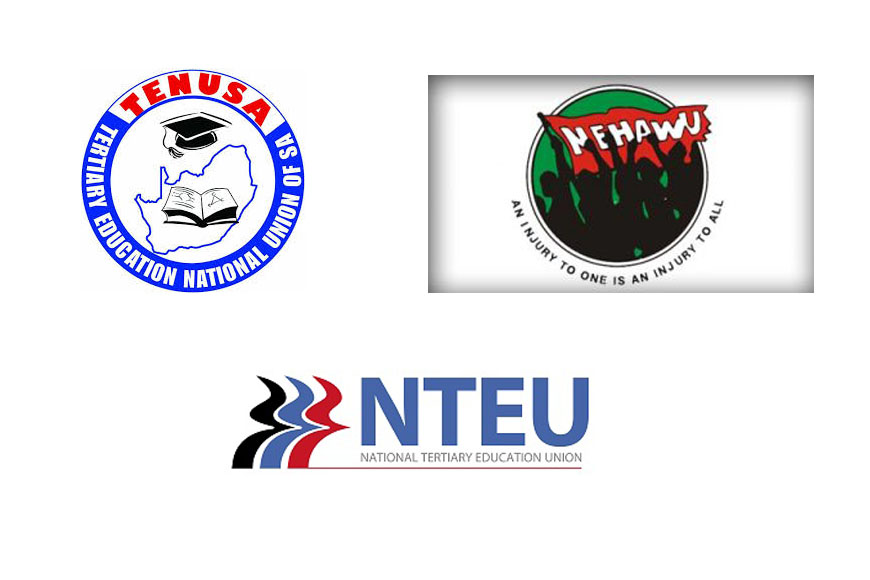 The Durban University of Technology’s (DUT’s) Communications Department’s Waheeda Peters spoke to DUT Union representatives on their viewpoints on President Ramaphosa’s speech on 21 April 2020. The President had given feedback on the economic relief response to the impact the coronavirus pandemic is having on South Africa, businesses and the labour force.

The first question posed to the Unions were on their thoughts on President Ramaphosa’s speech overall regarding the economic plan he had unfolded for South Africans, especially the general labour force 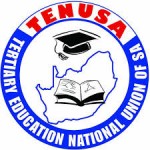 Dr Naresh Sentoo, Chairperson from TENUSA said: “The President has outlined a very well-thought-out economic recovery plan as it takes into account the various sectors and aspects that are affected by the lockdown. The phased-in approach together with the risk-adjusted lowering of the level of lockdown will greatly assist the country’s workforce many of whom are on a no-work-no-pay situation. It is also welcoming to note that besides the workers, the President has assisted with the economic situation of the elderly, children and people with disabilities.”

Giving his response is Lunga Khumalo, Chairperson: NEHAWU DUT. He said that NEHAWU welcomes the idea and intent by the government to stimulate the country’s economy, but is rather disappointed and underwhelmed by the timid stimulation package announced by the President in his speech, which falls short relative to the necessary amount required for Employment – creating a robust positive GDP growth. “We find it rather bizarre that the government seeks to stimulate economic growth through borrowing from the IMF. As per usual, the challenges faced by the working class, normally referred to as the Middle Class, have not been adequately addressed, taking in to account that majority of the public servants rent accommodation either through banks, as ‘owners’, or through individual limited owners in urban, townships and rural areas. This only serves to depress the rural and township’s economy as the majority of the working class is excluded from housing mortgage lending by the bank’s system. Once again, the working class is rather left economically stranded as the government’s plan did not include rigid measures for any form of relief from the credit obligation and credit rating due to strenuous financial situations majority of workers find themselves in, during these tough economic times. The multiple crises we face as a country require innovative, bold, decisive and courageous stances on the part of our government. Unfortunately, the President’s religious adherence to neoliberal orthodoxy, even in the face of such an unprecedented scale of the socioeconomic catastrophe, represents a missed opportunity in spiking up the economic growth curve whilst flattening the curve of the coronavirus.”

Sharing his thoughts is NTEU’s representative Jako Nel. “NTEU remains in support of President Ramaphosa’s efforts to flatten the curve and to prioritise lives over the economy. We maintain our conviction that it is easier to revive an economy than it is to revive a body. In terms of the higher education sector, NTEU is encouraged at the solidarity displayed by stakeholders that no student be left behind, no institution be left behind and no staff be left behind.”

The second question asked of the Union representatives were in terms of the government mentioning that they have been in consultation with Unions in his speech and whether that had been a positive meeting?

TENUSA’s Dr Sentoo stressed that the consultation with Unions that the Government is referring to is a process that is taking place within a structure called NEDLAC. “This structure has established a Rapid Response Task Team and meets very regularly. The Unions are represented by their Federations on this structure and task team. The Federations are FEDUSA, NACTU and COSATU. All affiliates are provided with an opportunity to give input and raise matters. These meetings have been very effective with regards to economic input, PPE’s and the UIF. FEDUSA is also represented on the Post School Education and Training Task team which has meetings with the Deputy Minister Higher Education and Training, Buti Manamela. TENUSA is providing weekly input on matters to be addressed.”

NEHAWU’ S Khumalo said that once again, the post “facto” consultation prevailed. “Organised Labour faces an enormous challenge of contravention of good practices by those in management. Decisions are made without consultation with organised labour as the representatives of its masses.”

NTEU’s Nel said that throughout the crisis and lockdown they have been actively represented by NTEU General Secretary, Mr Grant Abbott, in regular meetings in the rapid response task teams formed by the government. “He also forms part of the FEDUSA caucus, representing organised labour in the National Economic Development and Labour Council (NEDLAC) which interacts directly with President Ramaphosa’s office and task teams. The ministry has been responding positively to the inputs from Labour and has valued this collaboration as workers are essential to surviving this crisis and for shaping the ‘new normal’, post-COVID-19.”

The final question posed to the Union representatives were on their viewpoints on the future of labour during the pandemic, post COVID-19, and also how vital the role of the various Unions is for its members?

​TENUSA’s Dr Sentoo stressed that labour has a very important role to play during and post COVID-19. “During the pandemic, labour must ensure that members practice all the prescripts in terms of stopping the spread of the virus. In addition, for those workers who are in essential services, they must adhere to the safety protocols. Labour unions must assist in supporting the solidarity efforts in terms of food for the hungry and vulnerable and PPE’s for the health workers who are in the frontline. TENUSA needs to guide members whilst they are locked-down in their homes. Many may be unable to cope with very limited movement or may have other matters that need to be addressed. To this effect, TENUSA has sent correspondence on important matters and to be reached on email. TENUSA will also have to assist members post lockdown with any problems that they may have.”

NEHAWU’ s Khumalo said that NEHAWU views the COVID-19 pandemic as being used as a vehicle to undermine and suppress the worker’s rights in the name of the government’s regulation. “We find that the doctrine of neoliberal orthodoxy has openly extended itself to the public sector’s sectorial management’s behavioural patterns to advance its interests by any means necessary. Unfortunately, the pandemic tends to be utilised to drive operational agenda leading labour to be unavoidably embroiled with management. We face a special challenge to drive all public sector management under our watch to adhere to the Labour Relations Act and impress on ensuring that there are no job losses during and post COVID-19 in the name of business rescue planning. Moreover, we face a challenge of ensuring and enforcing the stability of both NEHAWU as an organisation and the workplace for the benefit of our members.”

Nel from NTEU said that Unions will remain as vital structure in the workplace as it was before the COVID-19. “As long as there is a workforce, there will always be a need to productively represent workers’ rights and to ensure that those rights are protected. The crisis has not suspended constitutional or basic employment rights and thus has not suspended the worker’s right to freedom of association nor the right to representation. It must be noted that any healthy institution and capable employer understands the necessity of negotiating with a unified workforce. This is vital for conducive work relations as well as for institutional output and growth.”