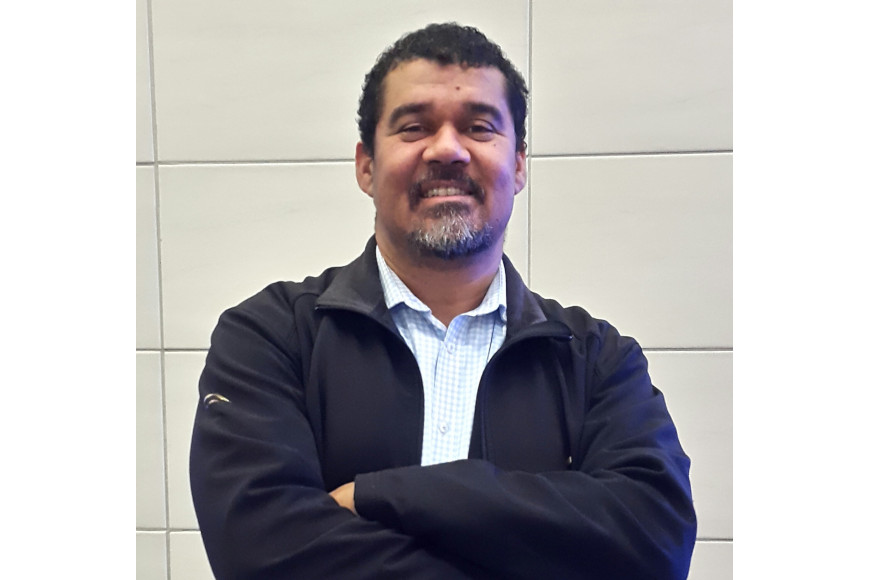 The webinar explored current issues affecting articulation within the Post School Education and Training (PSET) sector and the role these may play in the implementation of Articulation initiatives within the sector. The programme for the webinar was designed to reflect on historical challenges, the responses to these challenges and to also critically engage current impediments to articulation in order to address these proactively.

Facilitating the proceedings of the webinar was DUT’s Associate Professor of Mathematics, Prof Darren Lortan. In addition to his duties as the Head of Department of Mathematics, he is the Project Coordinator of the UPSET Project tasked with the responsibility of ensuring that the project goals and objectives are accomplished, and the planned deliverables are accounted for.

In March 2021, DUT was awarded a University Capacity Development Programme grant of R7 950 000 by the Department of Higher Education and Training to implement the UPSET Project, which will enable the implementation of articulation between Technical Vocational Education and Training (TVET) Colleges and Higher Education Institutions. DUT was appointed as the anchor institution, where the UPSET Project will coordinate staff capacity development programmes.

In his opening address, Prof Lortan welcomed all the distinguished guests to the webinar, thanking them for their support in ensuring it is a success. He said the primary goal of the project is the coordinated implementation of the Articulation Policy within and across the Post School Education and Training (PSET) sector.

“The process will be guided by the findings of an Articulation Research Partnership between the South African Qualifications Authority (SAQA) and DUT. The SAQA-DUT Articulation Research Project titled Developing ending of the enablers of student transitioning between Technical and Vocational Education and Training (TVET), Higher Education, and Workplaces, was conducted over a five-year period (April 2015-March 2020). It included inter alia seven in-depth case studies, the development of a National Articulation Baseline Survey of current articulation initiatives in the country, and supporting existing/ developing/ emerging articulation networks within the country,” said Prof Lortan.

Amongst the three findings of the SAQA-DUT Partnership, Prof Lortan listed the three challenges that impeded the development of successful articulation initiatives. Firstly, he said the migration of report 151 National Diplomas to HEQSF-aligned qualifications offered by Universities of Technology (UoTs) and comprehensives has had a negative impact on existing articulation initiatives. Secondly, Prof Lortan said there is paucity of data that articulate between TVET Colleges and Universities in general and UoTs and comprehensives, especially when pitted against the performance counterparts who access Higher Education directly from high school. Lastly, saying varying interpretations of the impact of articulating students on enrolment planning, have led many within the university community to view the admissions of such students as financially unviable. This view stems largely from the notion that students transitioning from TVET Colleges are not first time entering students and therefore do not attract first time entering funding that students entering Higher Education Institutions from high school do.

“Against this backdrop, the following approaches could be considered in mitigation of these challenges and an enhancement of the identified enabler. The establishment of articulation champions and offices, whose primary purpose would be the development of an Articulation Implementation Plan in collaboration with existing and new articulation partners. The offering of Higher Certificates designed to promote access via articulation. These would be jointly offered by UoTs and TVET Colleges. Conducting cohort analysis of the different categories of articulating students to determine whether there are statistically significant differences between their performance and that of their counterparts, who access university directly from high school,” said Prof Lortan.

Furthermore, Prof Lortan said a provincially focused approach to articulation within the PSET sector will ensure that sustainable articulation takes place and will also assist in realising provincial goals.

The first speaker was Mr Khaya Matiso, a retired Dean of Students at the Nelson Mandela University and Port Elizabeth TVET College Principal. His presentation was titled: The Articulation Question: Reflections.

“Thank you for the invitation and for the opportunity to make some reflective comments on articulation. Regarding the project, I have noted the project goal, target group, project outcomes, project budget and project structure. It has been lamented that in the university sector, we like investigations, as a result, I want to start my briefing presentation by saying: avoid investigations that present same analysis, same results, same recommendations and to make things worse, same inaction. The preamble in the constitution of the Republic of South Africa (1996) states: Improve the quality of life of all citizens and free the potential of each person,” said Matiso.

He said as long as this vision is not achieved, they must constantly say: “It is not yet Uhuru”, the struggle for quality education continues.

DUT’s Management and Information Specialist, Ms Prabashnee Kisten gave an update on the Council on Higher Education (CHE) Tracking Research Project which led to a robust discussion among the guests.

The other speakers of the day included Mr Glen Barns, the Chief Executive Officer at IDSC Consulting and Mr Rodney Stops, Lecturer: Department of Electrical Power Engineering at DUT. The former observed that tracking of articulating students across the public HEIs is sporadic and only four universities have data that is credible and usable, and the latter presented preliminary findings on the performance of articulating students when pitted against their high school counterparts. His research shows that there is neither a statistically significant difference between the progression of these two types of students, nor is there a significant distinction between their cohort analyses in minimum time, minimum time + 1 year, and minimum time + 2 years.

Day two of the webinar resumed with Prof Lortan reflecting on day 1, highlighting some of the important notes pointed out by the speakers.

She spoke at length on Articulation saying it has since the 1950’s been locked into the metaphor of a pathway.

“In 1950s – the idea was to create links between school, university and work. In the 1980s to early 1990s the idea was woken up to talk to shrinking formal labour markets and the need for ‘flexible’ transition pathways. By the late 1990s, the language of pathways and articulation had taken root. There was idea that the lack of pathways is due to inefficiency and ineffectiveness. Also, the idea that fixing inefficient pathways would address poverty and unemployment,” said Dr Powell.

She said there was the blame game where TVETs were criticised for not establishing partnerships and Universities accused of not addressing articulation challenges.

“There are a lot of skilled people out here who can be useful who are good with different things, but there are people who have the power to help these people but they are not doing that. There are people out there who have different skills. So I always think that change can be brought to the communities to let people use their skills. We have to ask ourselves what we are articulating towards? And we have to engage our communities when answering,” advised Dr Powell.

The President of the South African College Principals’ Organisation (SACPO), Mr S. J Mlotshwa spoke on Articulation to Higher Education Institutions. He said as SACPO President, he fully supports the Articulation between Cognate Qualifications. Advising on the way forward, Mlotshwa said there should be a signed MOU between the University/University of Technology and the TVET Colleges within their particular Provinces.

“A steering committee with representation from TVET College and UoT or University especially comprising TVET MIS, Deputy Principals (Academic and Innovation/Registrar) from TVET sector should be established,” said Mlotshwa.

Further insightful discussions were held among the guests and speakers to discuss the way forward and each pledging their support to the UPSET Project.