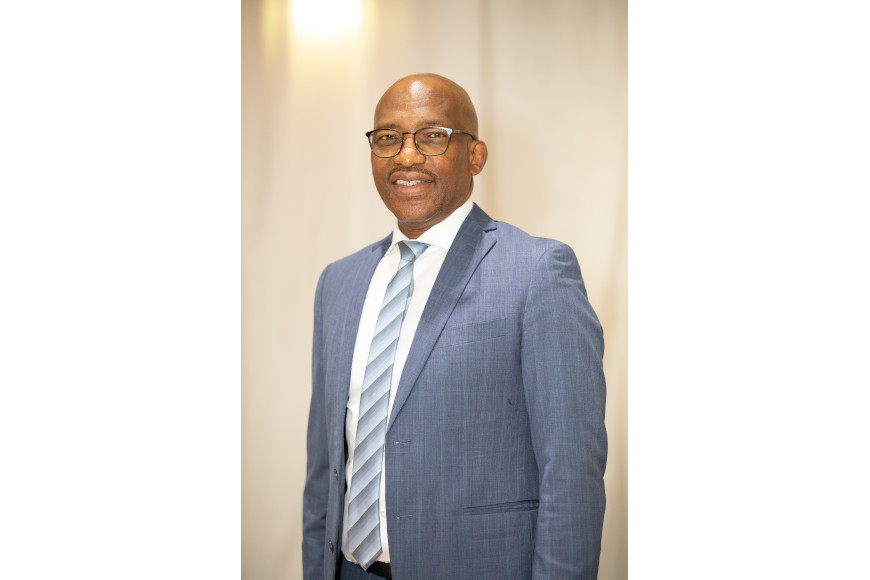 The Durban University of Technology (DUT) Vice-Chancellor and Principal, Professor Thandwa Mthembu, recently shared a “food for thought” message with the 2022/23 DUT Student Representative Council (SRC), on how they can make an impact during their tenure.

Prof Mthembu pointed out that they have graduated to being members of the SRC, representing all students, regardless of the political organisation they belong to. He added that DUT ensures that it empowers the SRC to perform its role on behalf of every student at the university.

“When are you going to start your own legacy because the legacy of violence in this country belongs to the apartheid era, none of you, young ones were there. If you are going to be truly Creative, Distinctive, and Impactful, let’s see that in new legacies that you will establish for yourselves. Legacies that fit within the 21st century, that fit within the Fourth Industrial Revolution, that is what ENVISION2030 begs us to do. We do not need to be led by young people who are taking us back to the past that is no longer with us, that includes a lot of violence.”

Prof Mthembu expressed that he hopes that this SRC will lead towards finding that new legacy that is not about violence but about taking this society forward.

According to Prof Mthembu some people feel that the universities are a reflection of the society, therefore if the society is violent, then the students will also be violent. However, he shares different views as he feels that universities have always been that light shining for society to change its ways into new things. Prof Mthembu feels that most of the innovations and research that has been done in the world came out of the university sector.

“In the university we must talk about the young people being the ones who change things within our society. When we talk about adaptive graduates in ENVISION2030, we are talking about graduates who have been acumen to influence or initiate change in society. I am appealing to young people that if they are going to be truly adaptive graduates of DUT, then rather than destroying society, we must see them initiating change in the lives and livelihoods of our people,” said Prof Mthembu.

Prof Mthembu shared that the democracy that is most appropriate at a university is the ‘liberative democracy’, which is about ideas from different people, building from one idea to the best idea unlike the democracy that applies in the political sphere that is based on what the majority wants.

“The problem we have in this country is that young people who find politics attractive try and import a wrong form of democracy into an academic institution. We are about ideas here, the best ideas. We are not about the force of the majority. If you could listen to these pieces of advice I am giving, I have no doubt that we would have young people who are really working towards building this country, who respect that building this country is not about protests and violence. It is about building the little we have for many generations to come, their own kids and grandkids,” added Prof Mthembu.

He reiterated that the SRC’s legacy is not about violence but about protecting the infrastructure at DUT. He also advised them (SRC) to not go with what the majority of students want, which is most likely to lead to protests but focus on what is the correct thing to do, the best idea on the table that will build the university and the country.

Prof Mthembu’s powerful message was well received by the SRC during the unveiling of the ENVISION2030 DNA monument and Time Capsule at the Indumiso Campus in Pietermaritzburg in 2022.