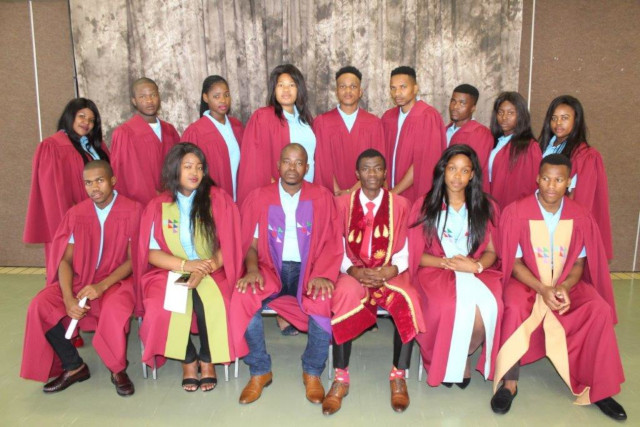 Welcoming the new SRC members was Dr David Mohale- Director: Special Projects and Interim Executive for Student Services, who spoke on behalf of the Vice-Chancellor and Principal, Professor Thandwa Mthembu, in his abstentia.

He wished the new 16 member SRC all the best on their role of representing students on the University’s structures and in negotiations and interactions with such structures.

He spoke of the two DNA strands that encapsulates DUT which is student-centredness and engagement, adding that the students were a vital part of the University.

“It is important to acknowledge the new SRC and for both SRC and DUT management to work together. Both the SRC and Management need to ensure that all decisions taken are in the context of students as there is no stakeholder more important than students,” he said.

He added that the SRC has the full support of management when required.

Acting Registrar Dr Thiru Pillay congratulated the new SRC members and stressed that management was keen to work hand in hand with the newly-elected SRC to ensure that problems students faced were addressed.

“Apart from the celebrations, these celebrations must go hand in hand with the realisation on the path of all newly elected members. What the students have shown these newly elected members is that they are highly dependent on this structure to serve them as the student body in their best interest as students. Therefore;  the newly elected SRC needs this to form as part of their consciousness in each member as you will all make decisions in the next 12 months that will determine the well-being of the student population as a whole,” said Dr Pillay.

The newly elected SRC president stated: “Our duty as the SRC is to ensure that all students, regardless of their party affiliation, are assisted in what they need. The SRC is assuming this responsibility fully aware of the huge task ahead of us,” said Godlimpi.

He stressed that the SRC will also addresses issues of the Sbux system, free distribution of sanitary towels, issues of Wi-fi which needs to be implemented before February 2019, to name but a few.