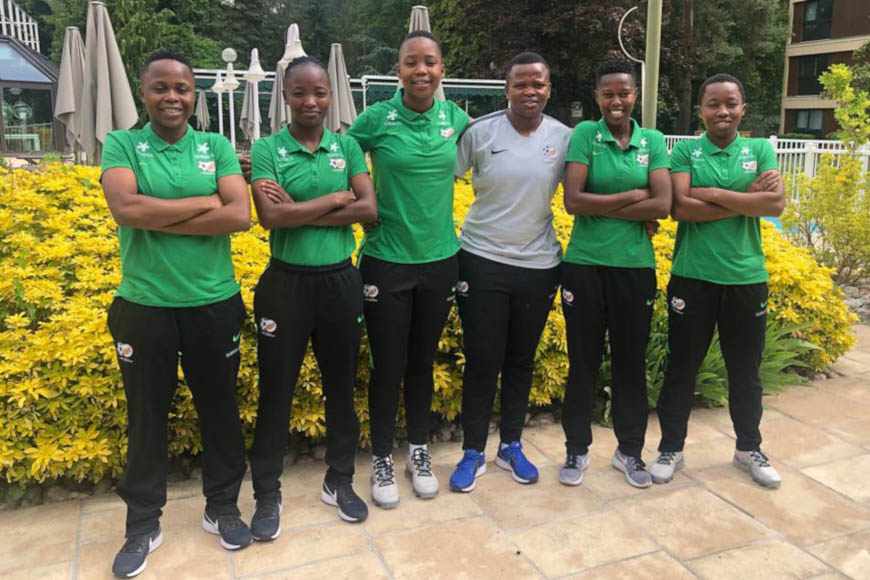 The Durban University of Technology (DUT), student Ongeziwe Ndlangisa has been named in the University Sports South Africa (USSA) women football team that will take part in the Summer Universiade World Cup Student Games in Napoli, Italy from 03  to 14 July 2019.

She was also part of the team that represented USSA in these games which were held in Taipei, China back in 2017.

The Umzimkhulu – born midfielder said she received the news of her call – up to the USSA team while she was in camp with the Banyana Banyana team in France, where the South Africa’s women’s team will be participating in its maiden FIFA Women’s World Cup. She was called up by Coach Desiree Ellis as a standby player.

“I am thrilled to be called up once again to be part of the USSA team that will be representing South Africa against the best of the best in student sports in the world. My goal is to push the team to reach the finals or at least the semi – finals of the tournament,” she said.

She believes that her previous experience in the tournament will boost her confidence and performance.

Head of DUT Sport Administration department, Bongani Yengwa said they are proud and excited by the achievements of Ndlangisa. “It is great for DUT to have one of its students /athletes representing the country. This instils confidence and encouragement to other DUT students /athletes that if they work hard they can also achieve anything. It is also good for the recruitment drive of the University because prospective students can also see that DUT students are achieving great things in sport,” he said.

Meanwhile, Ndlangisa who is now back in South Africa after being part of the Banyana Banyana camp in France as a standby player says her experience in France gave her exposure to the highest level of professionalism in women’s football.

“During this camp I learnt the importance of being versatile as footballer, as I played mostly as a right back in our training sessions while my original position is that of a central midfielder. This was an eye – opening experience for me,” she said.

Ndlangisa who arrived in South Africa from France on Tuesday, 04 June 2019 said despite being back in the country by she remains upbeat as the coaches encouraged her to continue working hard because there will still be many opportunities to represent her country with Banyana Banyana. “They also reminded us that anything can still happen in France, and we can still be called up as standby players,” she added.

The Sports Management Studies third – year student also expressed gratitude to her academic department for always being flexible and accommodative to her demanding schedule.

Pictured: Ongeziwe Ndlangisa (second from right) with her Banyana Banyana teammates and coach that have also been called up to the USSA women football team.