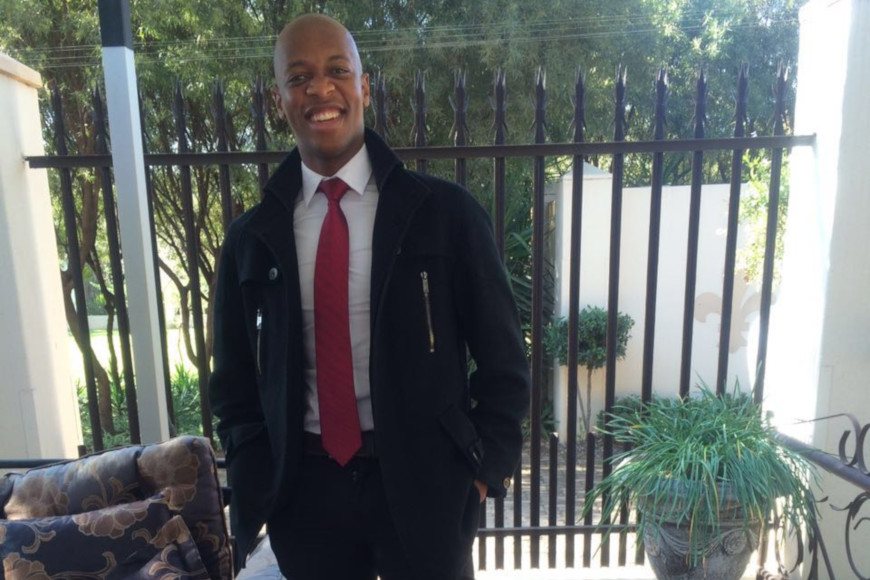 Durban University of Technology’s (DUT’s) Fanie Ndlovu, a Masters student in Information and Communications Technology (ICT) was selected by Microsoft to represent South Africa at the Microsoft Imagine Cup Final Summit in Amsterdam, Netherlands, from 9 to 12 March 2020.

For nearly two decades, students from around the world have participated in the Microsoft’s global technology competition, the Imagine Cup, to bring their unique tech solutions to life. The Imagine Cup is more than just a competition, it is where students can network with professionals, gain new skills, and obtain an opportunity to gain mentorship, and win cash prizes.

The technology-driven Ndlovu said he feels blessed to be part of DUT because without the support he had received from the DUT IT department, DVC RIE office and Faculty of Accounting and Informatics office, he would not have been selected.

“I was chosen based on the work I had been doing on campus teaching DUT students and the Durban community Artificial Intelligence (AI), Cloud Computing, Entrepreneurship and Software Developments,” he said happily.

Despite experiencing hardships in his life, Ndlovu persevered and vowed to do all that he can to make his dreams come true for him and his mom, passing his matric with flying colours and accepting an offer to study IT at DUT.

“The reason I choose IT was because whilst attending a career exhibition in 2012, I became inspired about how technology makes peoples’ lives easier,” he said.

After leaving his job at Multichoice, he decided to become a tutor at DUT. “The reason I became a tutor is I because I love to teach student modules (programming). However, the tutorials were so limiting in terms of teaching new technology that are in demand at industry level, I decided to stop doing tutorials in 2018 and focus on doing training around 4IR technologies,” he said.

Ndlovu further added that the training opened new opportunities for him to work with Google and Microsoft and led to the establishment of his DUT Innovation Club to teach leadership and the latest technology to students, as well as winning many accolades.

Ndlovu stressed that is vital for DUT to be part of IT related events internationally because 90% of digital technologies that are used on a daily basis come from outside South Africa. “DUT as an education institution needs to become part of international conversations to understand models used by other countries, to innovate and educate DUT students and the South African communities,” he said.

Being in the 4IR, Ndlovu also stressed that it is vital for students to be digital savvy and keep abreast of new technologies, going forward.

One of his future goals is to establish an Innovation Centre across Africa that supports and enables the African youth to solve their local problems without depending on government or countries abroad.