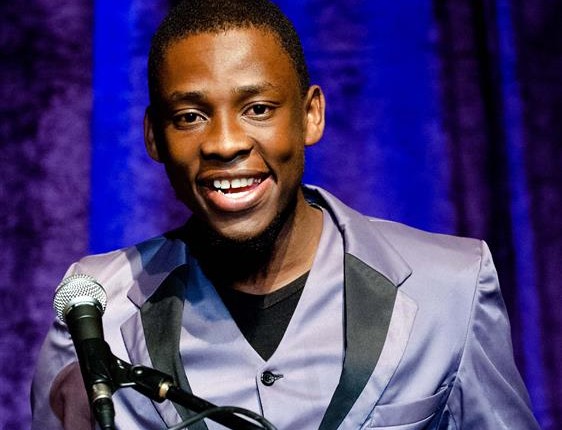 The talented and award-winning Wiseman Mncube is making waves in the South African drama world yet again.

Ncube is now one of the directors of the prestigious Musho Festival which showcases up-and-coming theatre stars annually in Durban. This year (2015), the event will take place at the Catalina Theatre in Wilson’s Wharf from 14 to 19 January 2015.

Musho is PANSA’s (Performing Art Network of South Africa’s) 10th annual celebration of one and two person theatre. PANSA is a national network of individuals, NGOs, service providers and mainstream institutions that are engaged in the practice or support of the performing arts in all forms – dance, music, theatre, opera and musical theatre. The festival – applauding the first decade of Musho – will have a slightly different format this year, with the favourites from the past 10 years being invited to take to the stage in a celebratory affirmation of the craft of one and two-hander theatre.

Mncube, a DUT Drama Studies graduate, is delighted to be part of the Festival again. He has become a huge name and firm favourite in the theatre circles, after winning an accolade for his performance in Bra Six Two at the Musho Theatre Festival in 2012. He also gained more recognition for his works by winning three NAF (National Arts Festival) awards in Grahamstown last year (2014). He scooped the New Writers Award, Standard Bank Ovation Encore Award as well as the Standard Bank New Voices Ovation Award which recognises merit and developing theatre works that were done.

This year (2015), Mncube has been re-invited to showcase his talent of producing with his 45 minute production called The Chameleon. This production will be showcased at the Catalina Theatre on 17 January 2015 at 4pm. Performed by DUT drama student and actor Sipho Zakwe, the one-man show, which was also written and directed by Mncube, focuses on a world overrun with chaos and what happens when the bad things you want to get rid of are the multiple personalities inside you.

“The Chameleon is about Leon, who is very angry and disappointed at someone he looked up to and was his hero‎ but instead messed up his life. He is now after him and wants to put him to rest permanently. Who is this guy he’s after, what has he done to Leon and why? ‎What unfolds is a complex story that unfolds Leon’s anger,” he said. Mncube also added that if anyone wanted to be an actor, writer or director, they must be dedicated, focused and be able to handle pressure “because it comes handy at the end of the day”. “The DUT Drama Department is the only place you can go to if you want to be a strong actor, skilful writer and a creative director in my opinion,” he said.

Mncube also advises first-time students embarking on a drama career at DUT to make sure that “this is what they really want because one can be shocked to learn what drama is really about”. “Be as professional as possible and take every single note, it might look as‎ though you are being fooled at that time but the outcome at the end of the day will make you our future star,” he said. The actor, writer, director and now script writer is currently busy applying his craft in television and is excited to be given the opportunity to act, write and direct for South African television.

Tickets for the Musho festival are available through Computicket. For more information, go towww.mushofestival.co.za or email: kzn@pansa.org.za or call the Catalina theatre on (031) 837 5999.

Pictured: Award-winning theatre personality Wiseman Mncube is directing his one man show called The Chameleon at the Musho Festival.