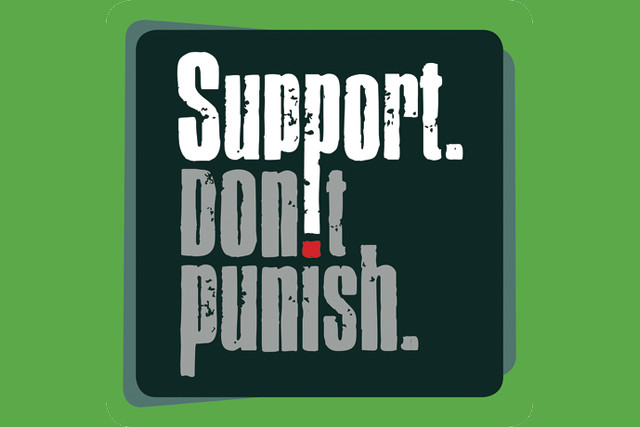 On Sunday, 26 June 2016, concerned citizens, academics, members from the medical community as well as those affected by drug use will come together at the Durban University of Technology’s City Campus as part of the global Support Don’t Punish campaign for an afternoon of knowledge sharing about the scourge which has destroyed many lives.

The global advocacy campaign is calling for better drug policies that prioritise public health and human rights, and for governments to put an end to the expensive and counter-productive war on drugs.

Durban is one of more than 150 cities from across Europe, Asia, Africa and the Americas in which activists will make their voices heard. On this day, thousands of people are expected to take to the streets as part of an international show of force calling for more humane and effective drug policies.

Local campaign organisers argue that the current policies and interventions directed at people who use drugs in Durban, and in South Africa more generally, are clearly not working. They also argue that drug use and supply is on the increase, and more and more and more drug users are being infected with HIV and Hep C. It is therefore logical, they argue, that an approach that reduces the harm of problematic drug use is required as a shift away from existing punitive and stigmatising policies and practices.

The Durban event (on the 26 June) will feature short talks about what needs to change in the existing policy and intervention environment to improve public health and safety outcomes for drug users and their families in Durban. There will also be inputs from medical doctors, drug use experts as well as drug users at the event. Popular artists will provide poetry, maskandi and pop music at the event. South African celebrities such as Mr India South Africa, Razeen Dada, will be providing messages of support at the event, acknowledging the human rights of drug users and their families.

“The 26th of June is significant as it is the United Nations’ International Day against Drug Abuse and Illicit Trafficking, a day when governments typically celebrate drug arrests and drug seizures,” campaign organisers say. “In the past, some governments have even commemorated this day by holding public executions or beatings of drug offenders. Yet this is all part of a global war on drugs that, by the United Nations’ own admission, has failed to reduce drug use and has led to serious negative consequences. The irony is that the war on drugs has been used to justify widespread human rights violations including torture, arbitrary detention, abuse and the death penalty. At the same time, the war on drugs has failed to reduce drug use or supply, yet it continues to cost in excess of $100 billion each year to enforce. It has led to the mass incarceration of vulnerable and poor people across the world and fuels epidemics such as HIV, hepatitis and tuberculosis. It has directly resulted in a multi-billion dollar black market for ‘controlled’ drugs and diverted attention and funding away from effective public health approaches to the problem,” added the campaign organisers.

According to the event organisers, a more supportive, harm reduction approach has been shown to lead to far more positive results and is much more cost effective than the punitive approach.

“We welcome all people of Durban to join us in an event of advocacy and celebration” said the event organisers.

The Durban event will be held as follows:

Count the costs of the war on drugs!

Why have drugs become a solution?