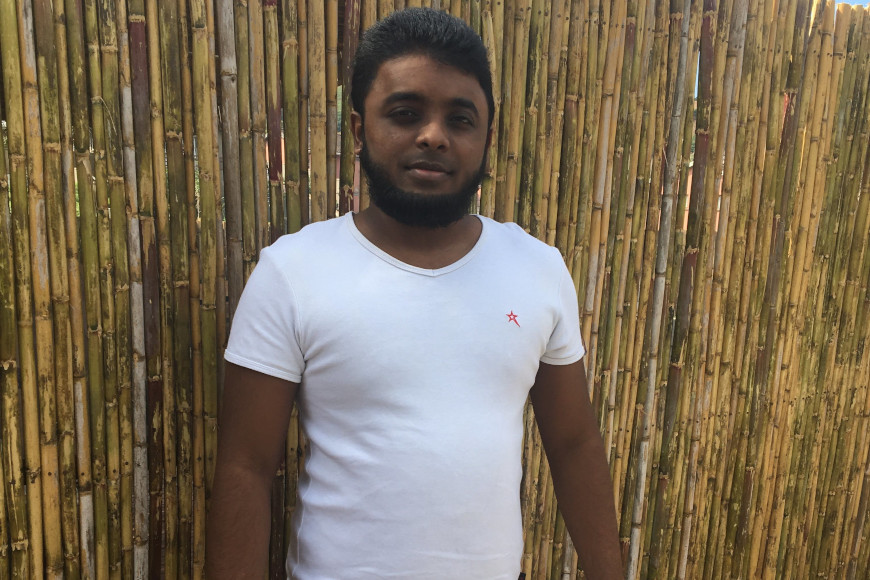 The ecstatic Govender will be joining an amazing community of student leaders who will be representing hundreds of colleges and universities across the globe.

According to the letter he had received from Google, he was selected because he is a leader who believes that technology can do extraordinary things for the world. It also stated that Govender had taken on the responsibility to help students grow as developers and empower these students to impact their communities with technology. It is said that through this experience, Govender will not only be leaving a legacy of impact but also growing as an individual and contributing in a meaningful way to the greater developer ecosystem.

Upon receiving the news Govender was overjoyed that he was selected, because he was aware that he was joining a global community of like-minded Tech Fundi’s who also want to advance society using Technology.

“Furthermore, out of the hundreds of thousands of applications around the world, there was only a few hundred places available therefore the victory was even sweeter,” he said happily.

Explaining more on the DSC by Google, he said it is a Google Developers programme for university students, designed to help other students and the immediate geographical community build their skills in Artificial Intelligence, Cloud, Mobile and Web development.

He relayed that it is open to any student regardless of their qualification, year of study or faculty; and is intended to be a space for students to learn and collaborate as they solve current real world problems using Artificial Intelligence, Web Development and the cloud.

“One of my key responsibilities as the DSC President is to recruit a core team from campus to assist me in planning and execution of events. Create a strong technical community at DUT, conduct regular workshops or meetups related to Artificial Intelligence, Mobile and Web development and Cloud computing. Increase awareness about Google products and technologies among peers and the community, collaborate with local businesses to showcase new technologies.

Showcasing the solutions developed by my club members in local and international events. Empowering more students to become trainers and support them in conducting local sessions and events, ensuring the success of the club since I am the very first DSC Leaders at DUT, and I will also be responsible training future DSC Leaders,” he replied.

He indicated that it was vital for students to be part of such a club, and of his core team, as they will gain experience in working with Technologies from Google and other pioneers in the Tech industry.

“They will also have the joy of working with like-minded forward thinking individuals from both local and international teams. Given the fact that 90% of DSC Leaders from the 2018-2019 term said they found a job, internship or started their own venture due to their experience with Developer Student Clubs”, I am confident that joining a club like this will be huge boost for their professional career. The fact that they will be working with me will just be the cherry on the cake,” he chuckled.

Govender said his core team will comprise of himself, a Hardware Developer, a Mobile and Web Developer, an Artificial Intelligence/Machine Learning Developer, a Cloud Developer, a Graphics Designer and a Marketing Officer.

“The 1st Phase will require students to submit their applications via an online form, once we have selected candidates that we feel will be a good fit for our team, we will then proceed to an in-person interview on campus (with all COVID-19 Guidelines in place),” he said.

In terms of ICT, Govender believes it is a good field to study because ICT is taking over every industry, but one should not just choose to study ICT because society says that it is a desirable field to be in or because of monetary motivation, one should study ICT because one has a passion for using Technology to make a positive impact on the world and that’s the bottom line.

“I always tell high school kids that want to study coding at tertiary level, if you can sit at your computer and write codes for five hours straight without even glancing at the time, then coding is for you, otherwise, steer-clear,” he said.

For Govender, in the immediate future, he wishes to focus on running a successful Google Developer Student Club, growing the Massachusetts Institute of Technology (MIT) Innovation Team in South Africa and growing his business.

“In my five year plan I wish to grow my business to a point where I can connect more people together using Technology. I also wish to work on more projects using Technology to improve the lives of people, animals and the planet,” he said.

Besides been given the responsibility of Developer Student Club Leader, he has also other accolades, like a successful Data Science Summer School hosted by MIT in January 2020, he and his class mates, Bubonke Matandela, Zola Mdluli and Bheka Mbonambi were chosen to pilot a project called the DUT-MIT Innovation Team where they would create a collaborative space for public universities in South Africa to come together.

Earlier this year they successfully hosted a Hackathon for previously Disadvantaged Universities in South Africa to tackle the problems associated with online learning during the COVID-19 Pandemic. They have many more events and Hackathons lined up for the near future.

“Students that wish to apply for my core team should keep an eye on DUT’s official communication platforms, the official DSC Account for DUT and my personal Social Media as I will be posting the dates for first phase of the recruitment process. Feel free to follow our official social media accounts @official.dsc.dut or follow me @kazzee_g and I’ll be keeping everyone posted about what we are getting up over the next few months,” he said.

In terms of his studies, Govender said he plans to study for his Advanced Diploma and then hopefully Masters in the near future.