HEAD OF LANGUAGES EMPHASIZES THE IMPORTANCE OF EDUCATING STUDENTS ON GBV

HEAD OF LANGUAGES EMPHASIZES THE IMPORTANCE OF EDUCATING STUDENTS ON GBV 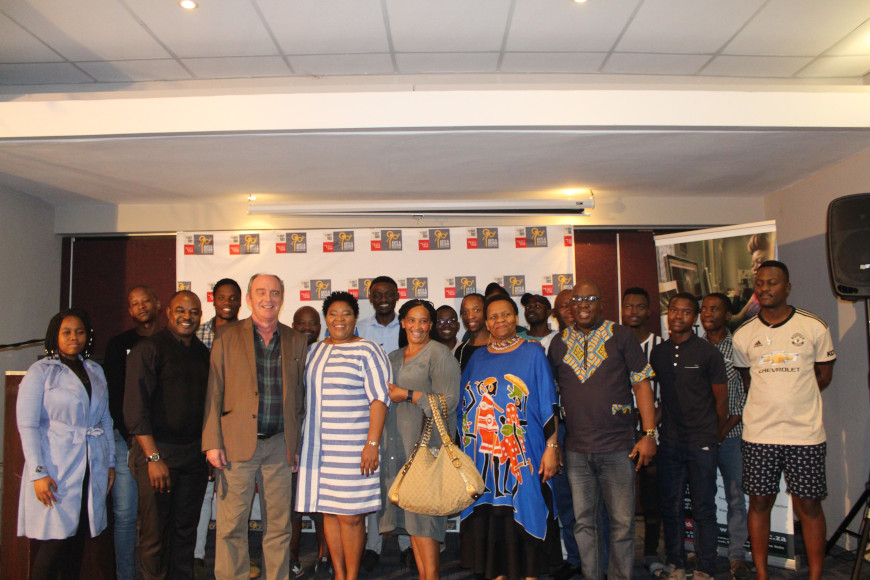 The Durban University of Technology’s (DUT’s) Faculty of Arts and Design hosted a lecture on the obscurity of the nature of gender-based violence (GBV), with Associate Professor and Head of Languages at the University of Pretoria, Prof Mpume Zondi, on Friday, 04 October 2019, at the Hotel School Conference Centre, Ritson Campus.

In her opening statement, Prof Zondi spoke on gender-based violence and the ways in which it manifests itself. She said its profound and is a widespread problem affecting almost every aspect of life such as home environments, wider society, work and study spaces.

She shared an overview of a book titled: Unbecoming to Become, this book is written by local author and actress Ayanda Borotho. In her book she talks about being in a toxic relationship that was forcing her to dim her own light for a man. “It is time for us to change the narrative by unbecoming what we are and becoming what we should be. As individuals it is up to us to teach students on the reality of GBV and the effects it leaves behind,” said Zondi.

Speaking on the importance of naming victims of gender-based violence, she said identifying names and incidents should not only be for statistics but for making a change.

“The biggest challenge we have,  is we focus more on women becoming victims rather than men who are perpetrators. The list of victims keeps going up but there are no statistics of perpetrators,” she said.

In her presentation Prof Zondi engaged with the audience on the implications for institutions of higher education. She said as institutions working with young people, it is important to formulate literature that educates students on gender-based violence. She added that academics need to play an active role against gender-based violence, starting by having awareness campaigns for academics and students on campus.

During the Q and A session, Post-Doctoral Fellow Dr Adebayo Rufus from the Faculty of Arts and Design said, it is important to look at some of the contributing factors of gender-based violence such as alcohol and drugs and also to look at the background of the students so that we can educate them accordingly. “Backgrounds play a big role in GBV, students grow up in families where they experience GBV as a norm through what is happening in their homes, it is up to us to break that cycle through literature,” he said.