IF YOU DON’T HAVE OPPORTUNITIES, CREATE THEM

IF YOU DON’T HAVE OPPORTUNITIES, CREATE THEM 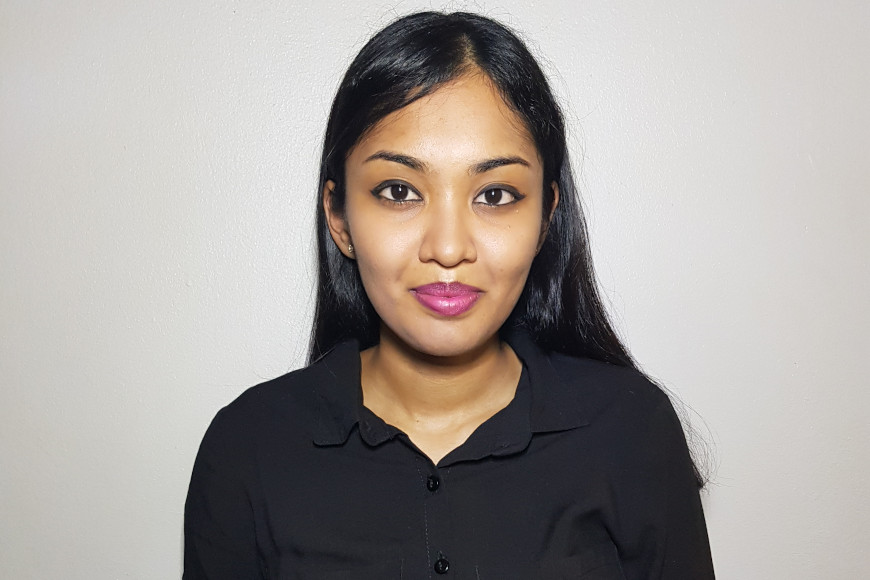 Her first thoughts on receiving the news of her accolade was of poor shock as she did not think she was going to obtain this achievement as her final year was centred around the doom and gloom of the corona virus pandemic.

“I was thankful to God for granting me the wisdom to accomplish this achievement despite tough times. I feel like I won a giant prize, it’s a really great feeling when you aim really high and you maintain that standard that you set for yourself. It feels like a huge weight has been lifted off my shoulders,” said Naidu.

Also, her biggest motivating factor was her mum. She would accompany her to campus for night classes, wait in the car for three hours just so she did not have to drive home by herself. She constantly motivated her and made her believe that she could achieve anything that she wanted to.

“I just wanted to show her that all her efforts were not in vain and I wanted to make her proud,” she said.

For Naidu, choosing such a course was all due to the fact that from a young age she had an interest in fixing things and a knack for numbers.  She also liked being challenged and enjoyed programming.

“Automation fascinated me and I wanted to be part of the group of people that used smart technologies to change the world,” she said.

Sadly, she had indicated that the virtual graduation did not feel as exciting as it would have been. “The well-being of people is of great significance to me and knowing that their safety is not being compromised,” she said.

For Naidu, finding the time and energy to manage both work and studies simultaneously was a struggle, however, the fun part was studying really hard for assessments and yielding the desired output.

Whilst she has yielded good results, Naidu said that the demands placed on her really took a toll. She worked weekends and long hours, and it was exhausting having to push herself all the time.

“Working in an automotive industry is really demanding when you have many targets to meet. People were very negative with my career choice and I lacked confidence in my ability. I would write a test or exam and have that assumption that I failed, and this would really stress me out at times. It was difficult having to work a full day and then having to write a test straight after that,” she stressed.

She currently works at Toyota Tsusho S.A Processing as a Mechatronics technician, and holds a technical position of which she supervises electrical projects and contractors. She also offers technical support to artisans and focuses on automation and programming. “I implement kaizens and countermeasure as well as plan maintenance activities and manage interns,” she said.

Her path to achieving her academic goals is yet to be concluded, as she has already applied to study towards a post-graduate Diploma in Business Management and hopes to eventually study towards an MBA.

Surprisingly, Naidu confessed that this choice of study was not her first choice. “I was on a completely different path as I did commerce at school and I wanted to do BCom Accounting, but due to circumstances, I could not. I did study towards a degree in education but I did not complete it as it was not something that I enjoyed,” she relayed.

She further added that her brother-in-law was in the instrumentation field and used to give her a lot of insight on the work that he does. She found it very fascinating and decided to study engineering. Naidu said that she did not have any science background and many people were against her plans; as they thought that she would not make it and that females don’t thrive in male dominated fields. Naidu used all that negativity to motivate her to push forward in her career.

“I believe that there is still a long way for me to go. I still have a lot to learn in my field and I am going to study towards more degrees. To me there’s no limit to achieving,” she said.

Her advice to inspiring first-year students embarking on the same career path is that there is always going to be many challenges but if they know what they want, they will do their best.  “Don’t be afraid to follow your dreams even if it seems out of the ordinary to others. Don’t limit your capabilities. Nothing that is worth it is ever easy, don’t give up,” she said.