KHANYI IS THE PROUD RECIPIENT OF THE SHARON WILSON AWARD

KHANYI IS THE PROUD RECIPIENT OF THE SHARON WILSON AWARD 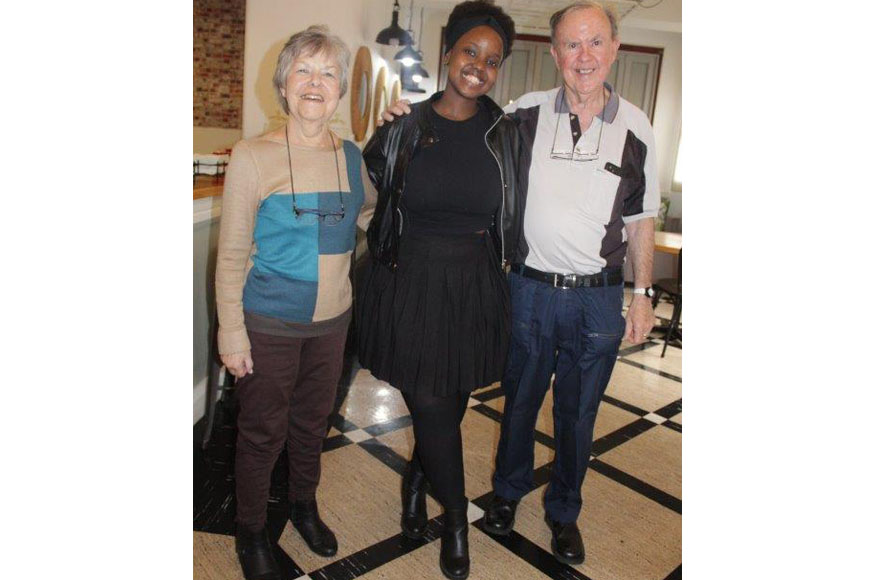 The Durban University of Technology (DUT) recently hosted an annual luncheon at the Rendezvous Restaurant to celebrate the awarding of the 33rd Sharon Wilson Award for the Top Annual English and Communication Student.

This year, 2022, the award has been given to second-year Screen Arts and Technology student Owethu Carina Khanyi.

He relayed that she passed away in 1988, and he then decided to invest an amount of R2000 in honour of his late wife because she loved teaching English and Communication. He explained that this investment is now amounting to more than R100 000 and each year a selected amount is awarded to a student who achieves the highest mark in the subject/module Communication 1.

He commended Khanyi for her sterling academic results and urged her to keep up the good work.

Khanyi said she was very grateful and so thankful to God for receiving this opportunity of receiving such an award, mostly because it if it was not for God’s guidance she would not have received such good marks that she did.

“I’m just so grateful that this award is even possible and for receiving it,” she said ecstatically.

She further relayed that she felt honoured that all her hard work had paid off. “It feels good to be awarded this prize and I am very proud of myself,” she said.

She further spoke of her coming into first year doing English, loving it every day, mainly because it was English literature and it has always been something that she had loved which is reading books and novels.

“It was very simple to immerse myself completely as I look at it as more than just a subject,” she said.

Khanyi received R10 000 as prize money for her excellent effort and plans to invest some of the money as well as buy some personal equipment for school so that she can make her own productions.