Kunene’s Stay in France Has Been Enlightening

Kunene’s Stay in France Has Been Enlightening 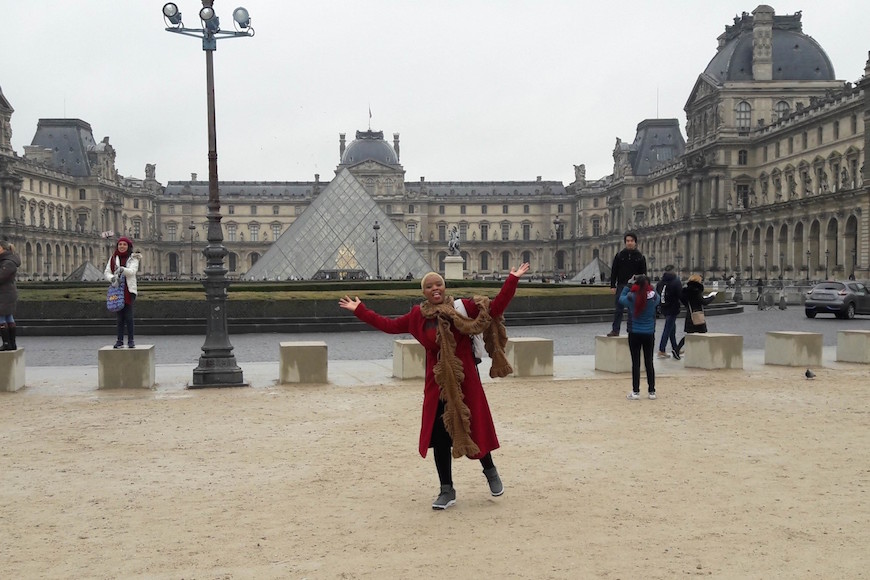 The Durban University of Technology (DUT) PhD candidate, Kwanele Kunene said her experience in Montpellier, France has been eye-opening and fascinating.

Kunene has been based at the prestigious Montpellier University in France from September 2018 to January 2019 for a fellowship, which is linked to her PhD in Chemistry. She returned to South Africa in January 2019 and will return to France again in September 2019.

“I cannot wait to go back to France because of the warm research environment, which encourages me to continue with my research work. And to continue my French lesson that I’ve started this year at DUT,” she said.

She added that the level of cooperation between the students and supervisors at Montpellier is impressive. “For instance, the IEM have a number of scientific research groups namely: Interface-Physicochemistry-Polymers (IP2), Membrane Process Engineering (GPM) and Membrane Materials Design and Multifunctional Systems (DM3). Although I was based in DM3, but we working together with the other two departments. My research project has two parts, (1) the synthesis of nanoparticles and (2) electrochemistry. My supervisor Dr Mikhael Bechelany (DM3) helps me in the synthesis and characterisation of nanoparticles, while Dr Damien Voiry (IP2), helps me on the electrochemistry part without any difficulties,” she said.

Kunene shared some of the lessons she learnt during her time in France. “The French people are very punctual, I remember it was my second meeting with our research group, it was at 10h00 but I was four minutes late, and when I entered the venue everyone was looking at me and I was so embarrassed when I realised that I was the only one who was late,” said Kunene.

“They also have a good memory; it was the welcome party for all PhD students and PDF with our supervisors at at Institut Europeen des Membranes (IEM). Students introduce their countries and provide a brief description of their research work. When I mentioned that I’m from The Durban University of Technology in South Africa, one of the Professors disturbed me and asked “do you know the short guy who use to be in this Institution a while ago?”. I tried to think of that short guy, but I quickly realised that he was refereeing to my current co-supervisor Dr M Sabela. To my surprise and shock he managed to remember him after five years and he kept asking me many questions about him. This professor has been travelling around the world supervising different students but he still remembered him,” she added.

She said the language barrier was initially her biggest challenge in France, but she is working on improving her French proficiency. “One challenge that I have encountered while I was at France was the language barrier. It was very difficult to communicate with other people or to make friends because most of them speak French. I tried to overcome this challenge by making friends with three French-speaking friends, Pelage, Nazym and Jamie respectively from Nigeria, Kazakhstan and France. They were helpful during my stay and I am very thankful to them for making sure that I enjoy being in France to the fullest,” she said.

One of her highlights during her stay in France was travelling to other famous European cities and meeting South African born, France-based soccer players. “I met two South African players (Keagan Dolly and Lebo Mathiba) in the soccer match between Montplier HSC and Strasbourg at the Stade de la Mosson. I have also realised my dreams of visiting Spain, Barcelona and Paris (the city of love). It was always my dream to visit the city of love,” she said.
Pictured: Kwanele Kunene in France.