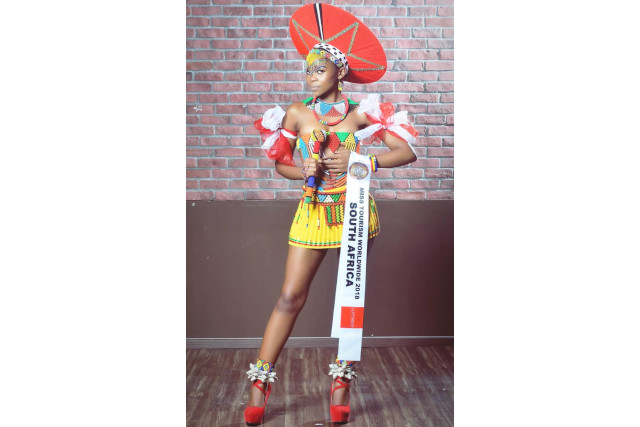 After being crowned the second runner-up of the prestigious Miss Tourism Worldwide in Indonesia recently, reigning Miss DUT 2018, Zabelo Hlabisa (24) says studying at the Durban University of Technology (DUT) has prepared her to face the world.

“Being at DUT has taught me to be a great woman, a strong woman who doesn’t depend on other people. It has taught me to stay focused and keep moving despite all the challenges,” said Hlabisa.

Miss Tourism Worldwide is an international pageant that teaches girls to be a better version of themselves. Despite struggling to find sponsors on time and her schoolwork piling up, Hlabisa said the desire to partake in the contest drove her to achieve her dreams.

“I had to go through some hardships so I could learn that nothing comes easy. The Newcastle municipality mayor, Dr Musa Ngubane and eThekwini municipality mayor, Councillor Zandile Gumede together with Durban Tourism helped me with my needs and made my dream come true,” said Hlabisa.

A multi-artistic individual, Hlabisa also won the best talent and the People’s Choice crowns during the beauty contest.  “I knew that the Talent competition was mine. I believe in myself more than anything else. I sang Opera and I knew that people from Asia would love to hear it, especially from a girl from South Africa. I owe the People’s Choice award to the individuals from my country who voted for me. I want to thank them, they have made me a better person,” she said.

Currently doing her third year in Office Management and Technology, Hlabisa completed her matric at Mdumiseni High School in Newcastle before launching her modelling career in 2015.  “I love being in front of the camera, people used to tell me that I can become a good model. So I said let me try it out and see what happens,” added Hlabisa.

Hlabisa’s modelling career did not have the best of starts, failing to make the top 12 finalists for Miss DUT in 2016 and 2017. Despite these disappoints, Hlabisa admitted that she once lost hope of ever winning Miss DUT contest.

“In 2018, I said to myself I would not enter because I felt like this title was not meant for me. Mr DUT 2016 Nkululeko Mbatha encouraged me to enter, even on the last day of auditions he called me to go for auditions. I went there and for the first time, I went through. Then I knew that this crown was mine. Even though it was very hard, I had to believe in myself,” added the excited Hlabisa.

Hlabisa is currently working on a programme to train boys and girls who aspire to follow in her footsteps in modelling.