MKHIZE HAS A GROWING LOVE OF IMPACTING LIVES WITHIN THE COMMUNITIES

MKHIZE HAS A GROWING LOVE OF IMPACTING LIVES WITHIN THE COMMUNITIES 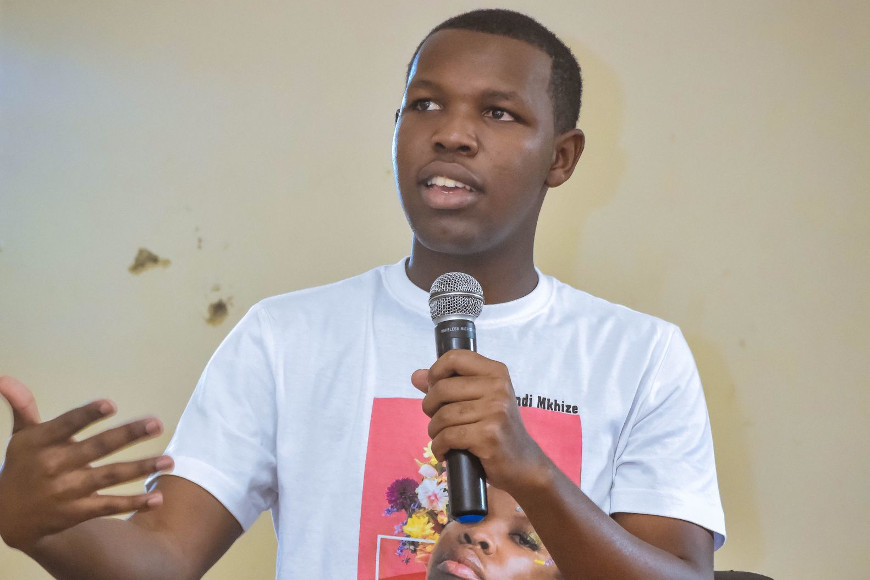 “Move with love and kindness and if an opportunity to change someone’s life for the better is presented to you, do it,” said Mlondi Mkhize.

He is a full-time student at the Durban University of Technology (DUT), currently completing his National Diploma in Public Relations and Communications Management. He was never an A+ student in high school but is grateful to his lecturers who have helped him realise his potential.

Mkhize is a radio host at RadioDUT which is the University’s campus radio, he is also a philanthropist, and a content radio producer. “I was born and raised in the South Coast, in a township called Gamalakhe. I started my radio career at a community radio station called Ugu Youth Radio, and later joined RadioDUT as a talk show host,” said Mkhize.

The philanthropist established a Youth in Conversation platform in 2019. This platform gives the youth members of various small communities the opportunity to be part of progressive conversations that aim to dismantle status quo.

“I created this platform as a safe place where young people would find a sense of relativeness and get to understand that they are not alone in their struggles they face daily. These could be social ills that affect the youth,” he said.

Mkhize says he took some time to understand what philanthropy is. He is also involved in The Uniform and Sanitary Towel Drive which started at the beginning of February 2021 and will run up until the 5th of March 2021.

“I am well-aware of the macabre myth that exists about menstruation. I am proud to say that I am part of the people who are at the forefront of trying to #EndPeriod, re-install young girls’ dignity by providing them with sanitary towels,” he said.

Moreover, Mkhize is a proud member of the Lesbians Gays Bisexual Transgender Queer Intersex (LGBTQI+) community. “I rose a bar when I became the first one ever to host a LGBTQIAP+ event in the South Coast. I am proud to say that I am one of the gay men to pave a way for the next generation of queers to live comfortably and unapologetically. Due to the COVID-19 restrictions, I plan to virtualise the LGBTQI+ Edition of the Youth in conversation,” said Mkhize.