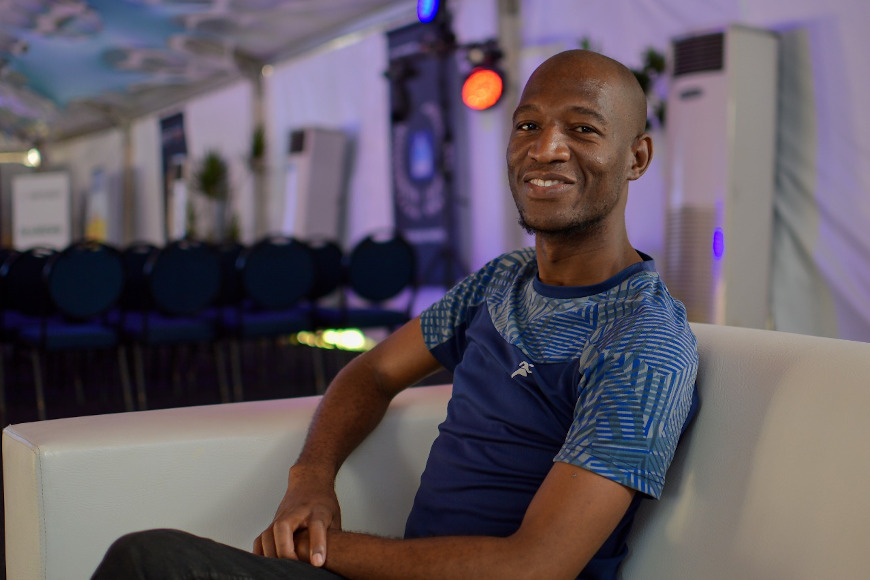 Nemadziva struggled to find a supervisor willing to take him for a PhD in Microbiology, that resulted in him completely changing his course and started looking for opportunities in Science Communication.

He applied at three universities, namely the Australian National University, Victoria University of Wellington and the University of Otago, New Zealand. He found supervisors willing to take him at all three. However, he eventually chose the University of Otago because they awarded him a ‘C’for his studies. This now gave him the chance to marry his passion for storytelling and his science background.

His love for literature was influenced by his parents who are educators, they encouraged him to read novels from a very early age. After completing high school, he moved to South Africa in 2011 to pursue his studies in biotechnology at DUT. He holds a BTech and Master’s degrees in Biotechnology from the Durban University of Technology (DUT). It was during this time that he started trying his hand in writing. Nemadziva wrote short stories, blog articles, op-eds and storybooks. During his time at DUT, Nemadziva participated in various literacy related activities.

Nemadziva has written two nonfiction short stories published in Prufrock, a reputable South African literature magazine; his first, titled: At the grocer’s till was published in 2017 while It is a terrible thing came later on in 2019. He is also an active participant in the African Storybook project, an initiative that promotes the writing of kids’ stories in African languages.

Several of his storybooks such as Sekuru Mkuku, Nhimbe and Tortoise have been widely translated into various African languages. In 2018, Nemadziva was awarded the DUT Entrepreneurial Programme Grant towards his work in promoting South African literature through motion pictures. He was also the recipient of the 2018 DUT Chancellor’s Award: Student Centredness for his work with the OnYoCampus Initiative, a campaign that uses media tools to encourage student participation in extracurricular activities.

“I also started doing some video projects. In 2018, I had an opportunity to meet with Professor Sibusiso Moyo in connection with one of my video projects. She enquired what course I was studying. When I said Biotech, her response was like, “waal! a scientist involved in film?” She then recommended that I should consider a career in Science Communication. At that time, I had never heard of this field of study before. So I read a bit about it, and I really loved what I found; the chance to marry my passion for storytelling and my science background was just irresistible,” he said.

Congratulating him on his achievement, Prof Moyo said she was really encouraged by his perseverance as there are not many in this area qualified to do this in South Africa. “It’s great you chose the University of Otago. As hard working as you are I believe you will succeed and adjust to any new cultural environments. You will be our next global entrepreneur and science communicator! Thank you for making us so proud,” she said.

Being a Science Communicator in Otago is a great opportunity for Nemadziva to learn, network and gain international experience in his field. “The Centre for Science Communication at the University of Otago has its thrust in nature filmmaking and creative writing. These are areas I am much interested in. So engaging with other students in these branches of science communication will significantly help me,” he said.

Nemadziva pointed out that when he worked as a tutor in the Writing Centre based at Steve Biko Campus, it was home for most science departments at DUT. From his experiences working with science students, it became noticeable that communication is often a challenge. “I would understand this challenge because of my own background in biotechnology; we are comfortable speaking to other scientists about our research, but to discuss the same researches with maybe pupils in high school, or elderly people in rural areas, that’s a huge challenge. So the work of a science communicator is to help bridge that gap between science and society,” he stressed.

His advice to future DUT students who wish to pursue such a career is that Science communication is ideal for anyone who enjoys both creative arts and science. “Now in any form of art, what defines you is your portfolio. So it is important that you have to sacrifice your free time to building up your portfolio. This can be by writing blogs, news articles, producing science videos, or even creating some artwork for exhibition in museums or science events,” said Nemadziva.

He should have started in March, 2020, but currently there are travel restrictions to New Zealand. He is hopeful that by early next year he will be able to start his studies. Furthermore, going forward, Nemadziva will be working at building his profile by writing novels/scripts and also working on film projects.