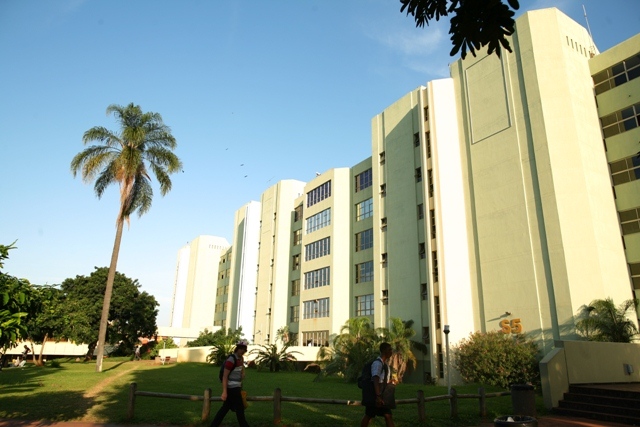 Media statement by Alan Khan, Senior Director of Corporate Affairs at the Durban University of Technology

The Durban University of Technology’s Council has appointed Professor Sibusiso Moyo and Professor Theo Andrew as Acting Deputy Vice-Chancellors following the approval of a new executive management structure at the University.

Interim DUT Vice-Chancellor Dr John Volmink said, “I am delighted that we now have a strong team to give collective direction on key issues at the University”

Professor Andrew served as the Executive Dean in the Faculty of  Engineering and the Built Environment before being appointed to his current acting position at DUT. Professor Moyo remains in her current position as Research and Postgraduate Support Director while she acts as DVC: Engagement.

Professor Andrew holds a PhD in the area of rural telecommunications planning from the University of Natal (now University of KwaZulu-Natal) and he has worked in the field of Electrical Engineering for over 25 years. He is a Fellow of the South African Institute of Electrical Engineers (SAIEE) and has served as its KZN Branch Chair and Honorary Vice-President as well as one of its Vice-Presidents. He is also a member of the International Society for the Systems Sciences (ISSS) and a founding member of the Board of the South African Society for Engineering Educators (SASEE). He is also a member of the Higher Education Quality Council of South Africa.

Professor Moyo, current Vice-President for Research Management in the Southern African Research and Innovation Management Association (SARIMA), has a PhD in Mathematics and recently completed her Master’s in Tertiary Education Management with First Class Honours at the University of Melbourne in Australia. She has served in various capacities and levels at DUT, including as a lecturer, senior lecturer, Associate Director and Associate Professor in the Department of Mathematics, Statistics and Physics. Professor Paul Musonge, Associate Professor in the Chemical Engineering Department, is currently acting as the Executive Dean in the Faculty of Engineering and the Built Environment.

Professor Moyo and Professor Andrew’s acting appointments were effective from 1 May 2016, for an initial period of three months and could be extended, depending on when the new DUT Vice-Chancellor assumes office.