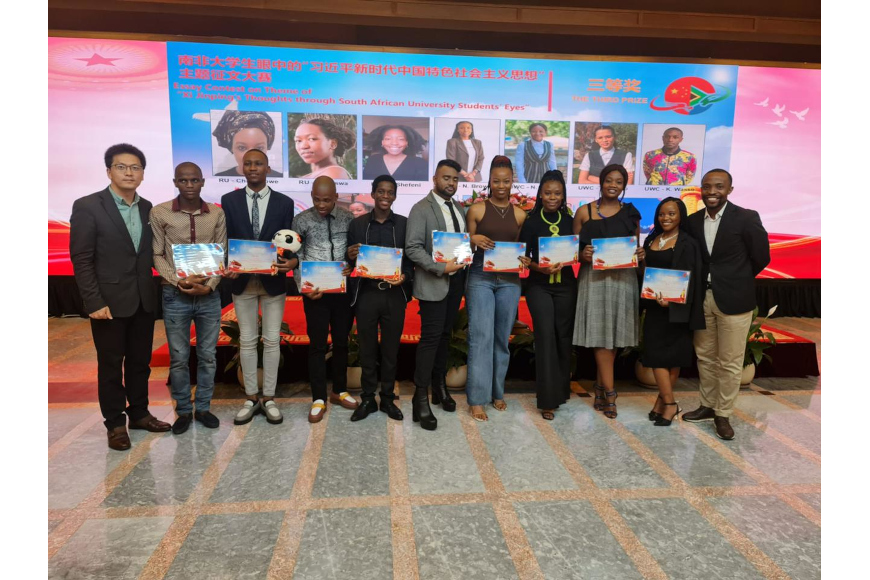 Amongst dignitaries who attended the event was the Deputy Minister of Higher Education, Science and Technology, Mr Buti Manamela, who delivered the keynote address. Also in attendance was the, His Excellency Mr Chen Xiaodong, who congratulated the students for their dedication to this essay contest. The essay topics included: poverty alleviation, governance philosophy, ecological conservation, a community with a shared future for mankind and BRICS.

Conveying her congratulatory remarks, Prof Motaung said: “It gives me great pleasure to congratulate our brilliant students who won the South African University Students Essay Contest, which was equally organised by DUT, UCT, UJ, SU, RU and UWC. I would like to take this opportunity, on behalf of all of the universities involved, to express our immense gratitude to the Chinese Embassy in South Africa for your generous sponsorship of this event.”

She further expressed that DUT and its Confucius Institute was committed to promoting youth development.

“As a young, dynamic and robust university in democratic South Africa, at DUT, we are so lucky to have our own Confucius Institute, which was established on 26 March 2013 under the witness of the Chinese President Mr XI Jinping. We also enjoy a very good partnership with many Chinese universities, including our Chinese partner university, Fujian Agriculture and Forestry University (FAFU). We are confident that we will continually develop DUT’s CI as a key people-to-people exchange centre in South Africa, that will deepen academic, scientific and intellectual engagement between FAFU and DUT; that will strengthen the connection and relations between our people; and that will promote mutual trust and friendship between both countries,” added Prof Motaung. 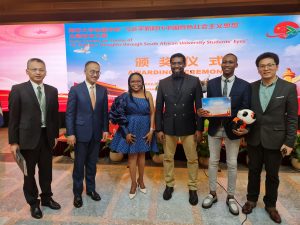 Sharing the same sentiments, Mr Frank Lin Wu, Co-Director of the Confucius Institute at DUT said: “I would like to congratulate all the students involved in this contest. I am so glad to see that the South African youth is starting to look for the answers, to what enables China to get out of poverty and what South Africans could learn from China about disciplined thought and disciplined action. Next year will mark the 10th anniversary of the establishment of DUT CI, which is a new epoch in DUT CI’s history. Looking into the future, I am hope that more youth can achieve their goals through the projects offered by Confucius Institute.”

The nine DUT students who were victorious and announced as winners at the prestigious ceremony were:

Pictured: Mr Frank Lin Wu, Co-Director of the Confucius Institute at DUT with the DUT students who won at the South African University Essay Competition.