Odayar Appeals For Sponsorship For The World Darts Cup

Odayar Appeals For Sponsorship For The World Darts Cup 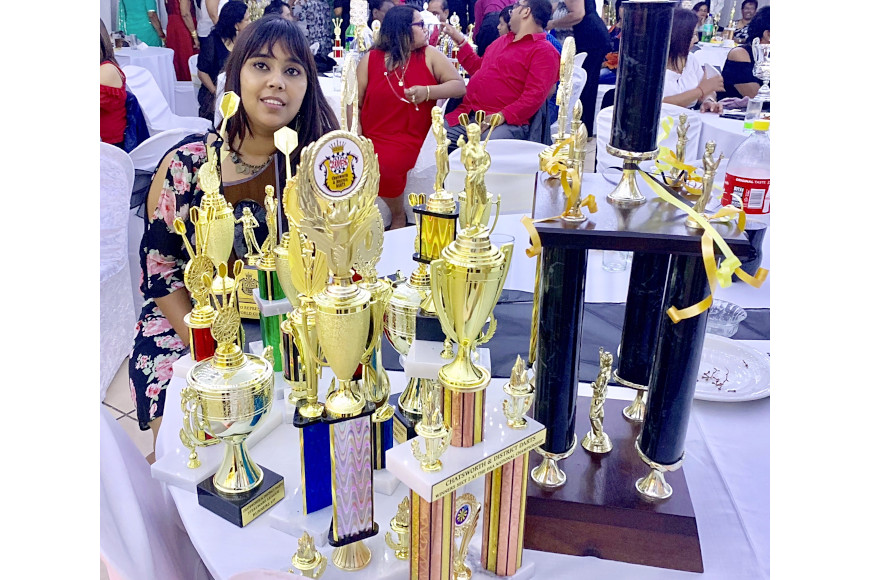 The Durban University of Technology’s (DUT’s) Kriya Odayar has been making the institution proud with her skills for throwing darts.

The current PhD student at the DUT’s Institute for Water and Wastewater Technology has been chosen to showcase her ‘dart’ skills and represent South Africa at the World Darts Cup that will be held in Bucharest, Romania in September 2019.

Odayar is thrilled to be given such an opportunity to represent South Africa but has said the financial implications are a concern. She is appealing to people who will be keen to help with sponsorship for the trip.

“Each player is expected to pay for their own accommodation, food and travel as well as uniform which amounts to R35 000 and being a first time selected Springbok player the amount can accumulate,” she said.

She stressed that a lot of hard work and training went into getting where she wanted to be, which was first in South Africa.  “I have always been on the borderline for selection and I wanted to prove to myself and other youngsters that hard work does not go unnoticed. I train three to four hours every day without fail. But most of all being a woman in sport. I wanted to make my Dad proud and that was my main goal,” she added.

“I have achieved so much during 2018 and it still feels amazing.  Winning the first ever Last Man Standing competition twice, being placed first in KwaZulu-Natal (KZN), first in eThekwini and first in South Africa. I look back and think about when you hear your name being called as a selected Springbok player and to represent the country at a World Cup event really is a phenomenal feeling,” she said.

Odayar is also proud to have had the support of her husband from day one, who consistently motivated her to join the Darts League as well as her parents and brothers. Her youngest brother, Prani, is a South African Youth champion and she has always wanted to play darts like him.

“He makes it look so effortless and easy and it really is if you put in hard work and practice. There is a saying that always sticks in my mind and that is ‘Practice often exceeds even talent’. I have beaten South African Springbok players who are playing darts for many years now. That alone is a big achievement for me,” she said proudly.

If anyone is keen to help in terms of sponsorship towards her trip, can contact Kriya Odayar on 0823415629 or email: kriya.odayar@gmail.com.