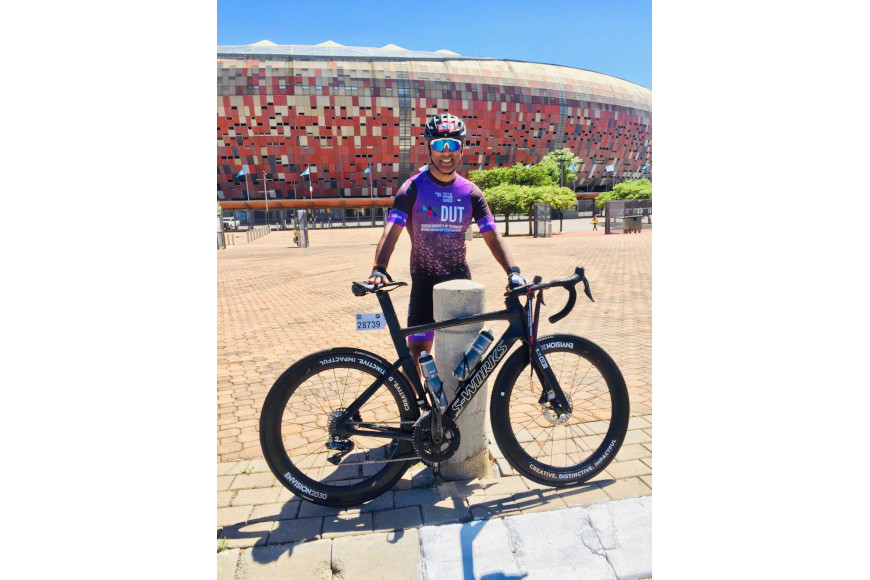 Professor Suren Singh, Acting Deputy Vice-Chancellor: Teaching and Learning at the Durban University of Technology (DUT), is a man of many talents. He is a National Research Foundation (NRF) B3-rated researcher, an accomplished scientist and a leader in higher education. Away from the excitement of campus life, Prof Singh is often seen on the roads, with his bike, proudly wearing his DUT colours.

Prof Singh has ridden in numerous cycle races around the country and last weekend, he completed his 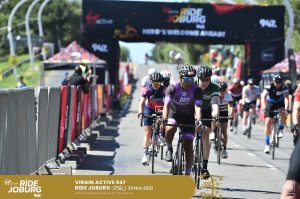 fifth 94.7 cycle race in Gauteng. The Umhlanga resident seems to be getting fitter and faster each year, after he completed the 2022 94.7 race in a time of two hours and 57 minutes. That was 12 minutes faster than last year, which was an impressive improvement. Earlier this year he also completed his 14th Cape Town Cycle Tour; his 11th Tour Durban with a Personal Best (PB) time; as well as his third 180km Team Ride in Clarens. It’s clearly more than just the bike for Prof Singh and the hours of training involved in developing the pedal power required to cross the finish line is testament to the commitment, dedication and sacrifices he has made on the streets of the east coast.

DUT congratulates Prof Singh on completing his fifth 94.7 cycle race and wishes him continued success in the years ahead.