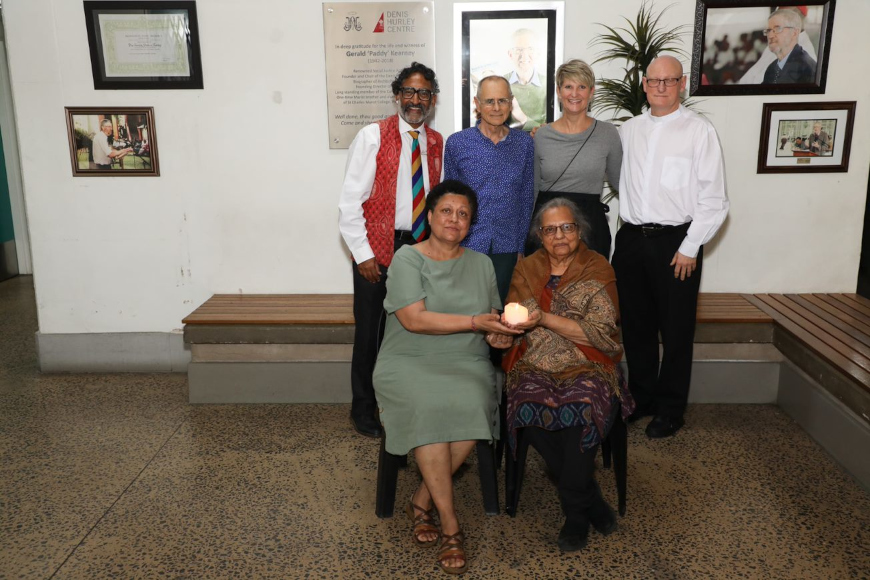 The memorial lecture was held on the late Paddy Kearney’s 80th Birthday anniversary with the guest lecturer being the Honourable Minister Pravin Gordhan.

In attendance were Dr Ela Gandhi, Chairperson of the Gandhi Development Trust, Member of the KwaZulu-Natal (KZN) Provincial Legislature Maggie Govender, DUT’s ICON Director, Crispin Hemson as well as many friends, family and well-wishers of the late Paddy Kearney.

The Programme Director for the event was Raymond Perrier, Director of the Denis Hurley Centre.

Welcoming the guests to the event was Crispin Hemson, Director of the International Centre of Nonviolence (ICON), who spoke on the role and specific work of ICON at DUT.

“ICON aspires to be a visionary, engaged and collaborative Centre of Excellence, committed to transforming societies and building sustainable peace across Africa and beyond,” he said.

He then spoke of how ICON’s work was closely connected to the late Paddy Kearney who helped found it with Ela Gandhi.

Speaking at the event was Member of the KZN Provincial Legislature Maggie Govender whose task was to say a few words about the Gandhi Development Trust and to introduce the guest speaker.

She explained that Paddy Kearney was part and parcel of the Gandhi Development Trust since its inception.

“He was a founder member of the GDT and its sister organisation the journal, Satyagraha- In Pursuit of Truth. Both organisations were established in the aftermath of the first democratic elections in South Africa and were born out of the need to contribute to the building of a non-racial, non-sexist, democratic and peaceful South Africa,” she said.

Govender explained that activists such as Ela Gandhi, Paddy, the late Charm Govender and others were concerned at the level of intolerance and the potential for conflict that was present in communities despite the advent of democracy.  It was felt that there was a need to intervene with programmes that contributed to nation-building, that promoted the peaceful resolution of conflicts and that helped to better understand each other – particularly across racial and cultural divides. 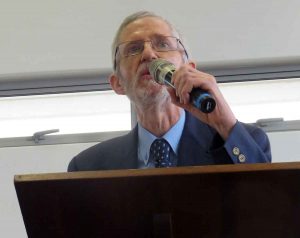 She relayed that Kearney served as the Chairperson of the GDT Board until his death and was very closely involved in the GDT work and programmes including the 150 Gandhi Club which was his brainchild and attempted to get people to contribute R150 each month towards the work of the organisation.

“He believed that non-violent education is imperative in bringing about transformation in individuals and the country. All levels of education, pre-schools, primary and high schools, tertiary institutes, and even in the community and workplace, people need to be exposed to non-violent methods of resolving conflict,” she said.

Govender conveyed that Paddy Kearney died suddenly on the afternoon of Friday, 23 November 2018.

“In his 76 years, he was a tireless activist for the poor, the marginalised, for inter-faith partnership, social cohesion and peace. This year would have seen Paddy turning 80 but due to his unexpected death it was not meant to be. However, this memorial lecture, in celebration of his 80th birth anniversary, will serve to honour Paddy and his selfless contribution to our society.  Who better to pay this tribute than another stalwart, cast in the same mould who worked with Paddy and who has also given his life to the cause of freedom, democracy and peace in South Africa?” she said.

She then introduced Pravin Gordhan, who she said had been actively involved in the anti-apartheid struggle from the 1970s when he was an organiser in the student movement and in the 1980s, playing a prominent role in civic and political work including work in the Durban Housing Action Committee (DHAC),  in the Natal Indian Congress (NIC) and the United Democratic Front (UDF). He spent four years underground in the 1980s and became deeply involved in the South African Communist Party and African National Congress.  He played a pivotal role in South Africa’s transition in the multi-party talks at the Convention for a Democratic South Africa (CODESA), and as co-chair of the Transitional Executive Council.

In May 2009 in the midst of the global financial crisis and a world-wide recession, he was appointed as Minister of Finance and acquired a challenging task to navigate the domestic economy out of turbulence towards fiscal stability and a new growth plan.

She conveyed that in May 2014, he was appointed as Minister of Cooperative Governance and Traditional Affairs only to be re-appointed to the Finance portfolio in December 2015. He remained the Minister of Finance until he was inexplicably recalled at around midnight on 30th March 2017. He then served as a Member of Parliament and became part of the Portfolio Committee on Public Enterprises. He was appointed as Minister of Public Enterprises by President Ramaphosa – a portfolio that has proven to be a real hot potato but one that he is very much up to the task of heading. He currently serves as a member of the National Executive Committee (NEC) of the African National Congress, having been elected in December 2012.

She expressed that Gordhan is passionate about democracy, racial and gender equality, and working towards building a prosperous future for all in South Africa.

“He is straight-talking and does not tolerate corruption, wrong-doing and malfeasance,” she said.

Delivering his speech, Gordhan expressed his honour and privilege of delivering the fourth Paddy Kearney lecture.

“I had the privilege of knowing Paddy, and working with him, for some 40 years. Like all of you, I remember him as a person of humility, quiet fortitude, immense resolve, and creativity in the midst of oppression and racial discrimination. These were years during which activists rebuilt democratic, mass-based organisation; and the names of Archbishop Hurley, Reverend Xundu, Bishop Ruben Phillip were synonymous with moral and spiritual courage and solidarity with the struggles of workers, communities, youth, women, and democrats from all walks of life,” he said.

He commented that Paddy’s humble, quiet, yet steely demeanour was reinforced by a remarkable social and institutional entrepreneurship.

“He was able to find or create the bridge between his own spirituality and the political and social context and dynamics of different periods – as each period and sector presented its own idiosyncratic challenges and needs,” he said.

He further spoke on themes pertaining to decoding today’s complex world, anchors of progressive, caring democrats, new context and needs of a new paradigm, a man of conscience, as well as an activist for all seasons.

“Paddy’s democratic activism transitioned through so many different periods of our history. The repressive climate of the 70s and late 80s, the mass struggles and open campaigns of the late 70s/early 80s, the transition to democracy of the early 90s, and past two decades of consolidating democracy and combatting and capture of the state and entrenching corruption,” he added.

Gordhan continued by saying that his unique ability to combine this spiritual transformation and beliefs with a remarkable activism and ‘non-conformism’ enabled him to embrace inter-faith, non-racial, inclusivity.

“The challenge: in a context where social and political mobilisation sinks to new/worrying levels of narrowness and chauvinism, how do democrats keep the liberating flames of social cohesion, social justice, and temperance alive? Paddy would expect that no injustice should go unchallenged,” he stressed. 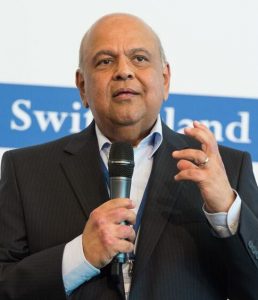 Gordhan also emphasised strongly on faith, hope, resilience and action, relaying that whilst challenges seem foreboding, Paddy’s life and work were driven by a deep faith in his spirituality, his refusal to lose hope and a formidable, yet quiet, resilience in action.

“Let us continue to be inspired by the power of a clear vision of a better South Africa and world, a resilient conscience that guides us in moments of doubt, and an uncompromising belief in justice for all. Like Paddy, we will know that our individual lives will traverse/wade through endless waves of struggle but not in vain. New milestones will be achieved. There will also be setbacks-such is the nature of history. But our progressive values, our conscience, and our resolve to constantly improve the world around us; will help us to deal with new contingences and realities, as we continue our march to a just, democratic, non-racial, non-sexist south Africa, which belongs to all who live in it, white and black,” conveyed Gordhan.

After a period of questions and answers, the vote of thanks was then given by Hurley’s niece, Ursula de Haas, followed by a Birthday tea party and a special Memorial Mass with music provided by the Durban Chamber Choir at the Emmanuel Cathedral.