Public Urged To Vote For Their Favourite Newsmaker

Public Urged To Vote For Their Favourite Newsmaker

PUBLIC URGED TO VOTE FOR THEIR FAVOURITE NEWSMAKER

19 AUGUST 2013 – The public is urged to go all out and cast their votes for this year’s KZN Newsmaker of the Year award. Public voting for 2013 award began in early June but there is still a long way yet before the competition – that seeks to identify KZN-linked individuals or events that most grabbed the headlines and shaped the news – closes at the end of September. 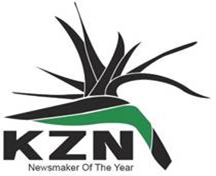 The event, hosted by the Durban University of Technology in association with the eThekwini Municipality, sees a mix of sporting and political individuals and events nominated for the coveted award. The Newsmaker of the Year 2013 winner will be crowned at an invitation-only gala dinner in October 2013, in the Durban City Hall.

The public can vote for their chosen newsmaker by sending an SMS to 34382. Each SMS costs R2.00. Select ONE option from the 4 nominees.

The candidates for the 2013 Newsmaker of the Year are:

Mary Papayya, DUT advisory board chairperson and Newsmaker of the Year convenor, urged members of the public to go all out and cast their votes. “This is one chance for the public to have a say on whom or what they think is the worthy of the grand title newsmaker of the year. Proceeds from this event go towards a bursary for studies in journalism at DUT”.

“This initiative is about recognising those individuals and the events that have put our province on the map. We want it to be a success for our region.”

Maud Blose, DUT Journalism Programme Co-ordinator said the department (Journalism at DUT) was proud to be associated with an event that supported excellence in news reporting. “The newsmaker event is about journalism and the stories that matter the most. It is about those individuals and events that stood out.”