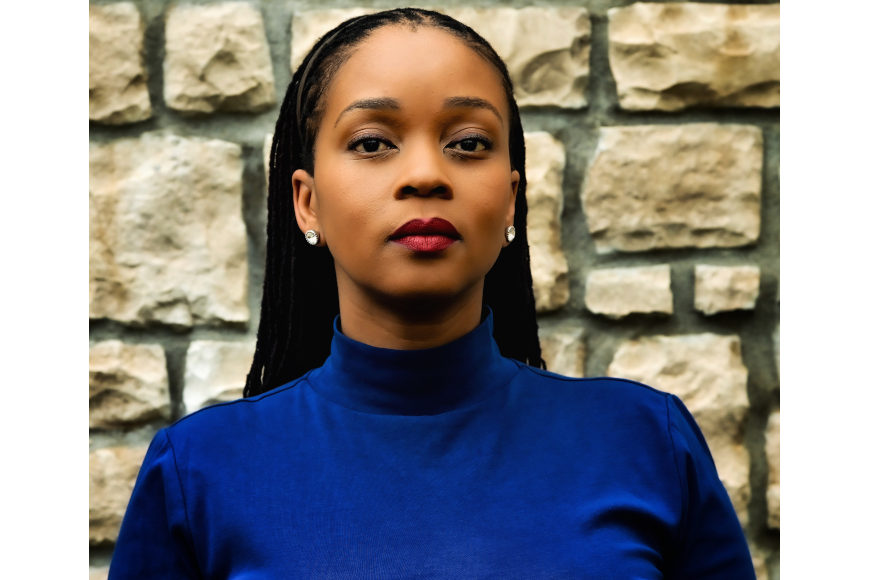 The Durban University of Technology’s (DUT’s) Faculty of Health Sciences, through the office of the Deputy Vice-Chancellor: Research, Innovation, and Engagement (DVC: RIE), hosted a webinar entitled: “Decolonizing Health Messaging – A Challenge for Public Health Communication” on Monday, 28 February 2021, via Microsoft Teams.

The keynote speaker was Phokeng Motsoasele Dailey who is an Assistant Professor of Communication at the Ohio Wesleyan University, Department of Journalism and Communication, Delaware in Ohio. Her research focuses on health disparities among United States immigrant and refugee populations in the areas of sexually transmitted infection, cancer prevention and decision-making. Her work concentrates on assessing the role of culture, racial-ethnic identity, gender, and communication in health decision-making.

The Programme Director was DUT’s Professor Julian David Pillay, Head of Department and Professor at the Department of Basic Medical Sciences.

He gave insight into the background on the seminar series, explaining that the invitation to provide the talk was meant to largely serve as an impetus for further collaborations and planning of projects, typically sought through physical engagements.

“The Faculty plans to embark on more consistent and regular webinars like such, that would culminate in shared projects and global collaborations and partnerships for impactful and sustainable outcomes,” he said.

Giving her welcome and opening remarks was Professor Gugu Mchunu-Executive Dean: Faculty of Health Sciences at DUT. She expressed her gratitude to the international guest speaker and attendees for joining the webinar, further thanking DUT’s Prof Pillay for being instrumental in arranging the webinar.

“I know we are both excited about the presentation because he is also a public health specialist. I know we are excited again because the Deputy Vice-Chancellor Research Innovation (DVC: RIE), Professor Sibusiso Moyo allowed our Faculty to host this webinar as a series of webinars to unfold. She is not here but we would like to thank her in absentia. I know she would have loved to join us in this webinar and that for some reason, public health is close to her heart,” stated Prof Mchunu.

She further explained that so much is happening in the University in terms of decolonisation of the curriculum and it is opportune that this is the theme of the very first webinar for the year 2022 in the Faculty of Health Sciences.

“As per ENVISION2030, the international engagement is very important to us as we all know and we are hoping for international collaborations to emanate from this engagement,” she said.

Prof Mchunu also explained that there is a need to find innovative ways to educate a wide variety of the population about health risks they are facing in order to effectively impart health-related information.

“I’m happy to see Prof Dailey tackle some of these issues, specifically working with marginalised communities. Prof Dailey, we are excited you are here to hopefully share with us these strategies so that we can utilise them to communicate confidently about these sometimes sensitive issues. Also, we are excited because you will be touching on decolonising these health messages because as a Faculty we are in a process to try and operationalise what it means to decolonise our education, and most importantly, what it means to decolonise the health sciences curriculum,” she expressed.

The keynote speaker, Prof Dailey thanked all attendees and DUT’s Director: Human Resources, Dr Vuyo Mthethwa, for also being instrumental in her providing this talk. She then spoke on medical-decision making and specifically on how she situates herself in that context which is important to understand who she is.

“I am a black cisgender woman; I am a mother; I am a wife; I am a daughter; I am a sister; a proud aunt; I am friend; I am a Christian; my faith is a central part of my life and I am an immigrant in the United States; I am an educator or Professor and more recently I considered myself a runner, but the point is all these identities shape the way in which I make decisions whether it is in my personal life or in my actual health decision-making area,” she said.

Prof Dailey indicated that she comes from a large family where major decisions were not necessarily made autonomously or independently and even her definition of who qualifies as family or important other often times seem very different from how these groups on family or important others was conceptualised in the literature, particularly as it pertained to medical conditions.

She also explained her family background that even though she is in the United States, she was primarily raised in Lesotho and she moved back to the United States in the mid-90s. Prof Dailey added that during that time she was a stay-at-home mum for several years. She then spoke of her job as a copyrighter and her six years in corporate having worked as a project manager, supporting the marketing division at Victoria Secret.

“I came into academia with zero academic research experience and educational background in the field of communication; What I did have was this lived experiential knowledge and belief in the notion that people aren’t rational decision-makers; that we are quite irrational in our decision-making,” she said.

Prof Dailey then explained that in the early 2000s there was a period when HIV/AIDS was officially being recognised as an epidemic in Southern Africa.

She added that a lot of people that she knew and loved were either infected with the diagnosis, or they were dying of AIDS. Prof Bailey conveyed that after spending a number of years of working in corporate, she then decided to go to school (university) with this specific plan to study health communication in the area of infectious disease prevention.

She said that her ultimate goal was being able to work to inform health campaigns and health preventions, using that knowledge that she had gained during her years of working for Victoria Secret.

Prof Dailey gave insight into what is the meaning of red lining which is/was a system of segregation in the United States.

“The government efforts were primarily designed to provide housing to white middle-class or lower middle-class families; African American black people and other people of colour who were left out of these suburban communities and pushed out into suburban housing projects,” she added.

Prof Dailey added that even though for the last 50 to 60 years, red lining has been deemed illegal it remains one of the biggest drivers today of the wealth gap between black and white US American residents.

Guiding her thoughts on her studies, she spoke on the theory called the Identity-Based Motivation (IBM) theory which addressed this over-emphasis on macro-level determinism health by describing how those social determinants shaped whether or not the recommended health promotion behaviour felt like it was congruent with a particular identity.

A robust question and answer discussion session ensued with the vote of thanks and closure given by DUT’s Prof Keolebogile Shirley Motaung, Director: Technology, Transfer and Innovation (TT1).