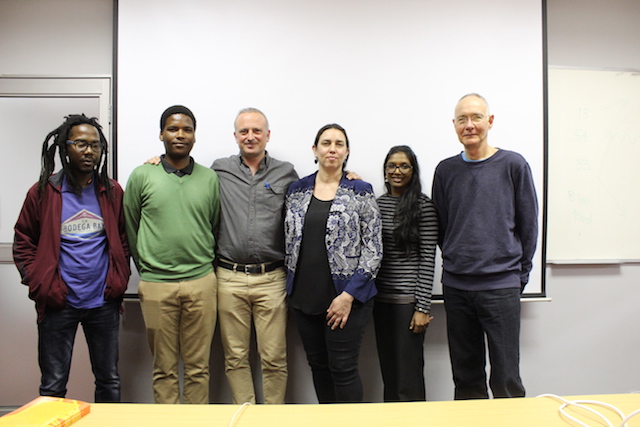 Earlier this month (August 2017), hosted by the Durban University of Technology, Professor David Morton highlighted chapters of his book on the housing and political imagination in Mozambique’s capital at Steve Biko campus.

Prof Morton is currently an assistant Professor of African History at the University of British Colombia, in Vancouver, Canada. His work has appeared in the edited volume of Geographies of Privelege (Routledge, 2013), the Journal of Southern African Studies and the International Journal of African Historical Studies. When he was a journalist he frequently wrote on architecture and urbanism for a magazine he worked for.

According to Prof Morton unplanned areas of many cities exploded in size after independence. Lourenco Marques, better known as Maputo today was an exception to this as the rapid growth of informal settlement happened a little differently than many places.

In his presentation, Prof Morton dwelled much on the transition of Maputo living conditions and the long struggle to make government acknowledge the city’s concretes building before and after independence, and the abandoned unutilized land in the 1960s and early 1970s.

“It was unlawful to build a permanent concrete house back then in Maputo. Only corrugated iron and sandy soil were the primary material for civilians,” he said.

The book also focuses on unutilized land in the city, where he required a golf course, which was owned by a business man who lived in South Africa at that time-frame.

Caption: Professor David Morton with DUT stuff and the audience during the UFC seminar.