Shabalala is Determined to Make It as a Wheelchair Basketball Player

Shabalala is Determined to Make It as a Wheelchair Basketball Player 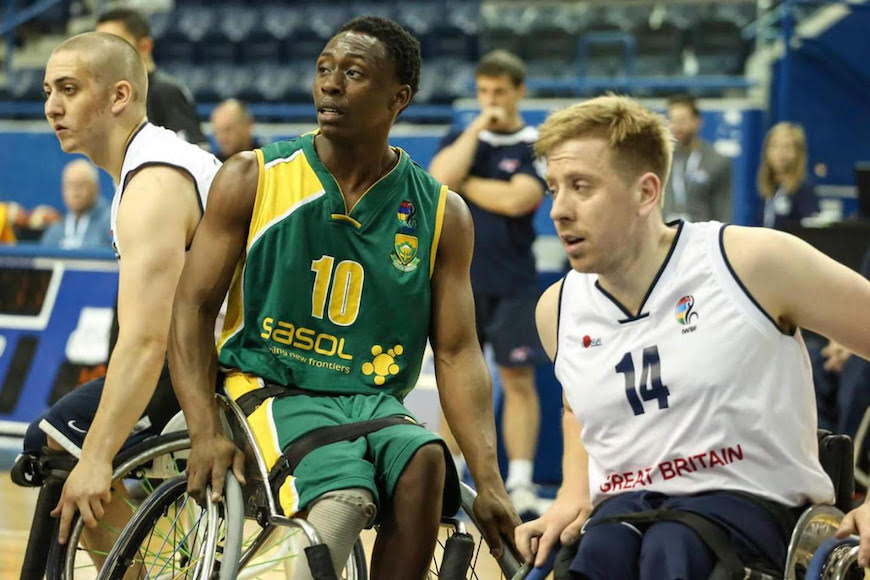 Following his involvement in a serious car accident as a four-year-old toddler, Simngaye Shabalala had to endure a challenging childhood as he was amputated and had to use an artificial leg, which he is still using even today.

However, the 21-year-old Human Resources Management first-year student at the Durban University of Technology (DUT) was not deterred by his disability to live his life and participate in a sport that he loves.

“When I was still in Primary School, I was ashamed of my disability and I tried to hide it from my peers. But one day when we were playing soccer, my artificial leg was dislocated and I was so embarrassed that I had to change schools due to victimisation and peer pressure,” he said.

“But when I enrolled at the Open Air School for my Grade six that is where I was able to regain my confidence because I could relate with other learners who were living with different disabilities. This is where I was introduced to wheelchair basketball and I was fascinated by the sport from that point until today,” he added.

The current eThekwini Spears player has won many accolades in his career as a wheelchair basketball player. “In 2017 I was named the ‘Best Under-23 Player’ in the Supersport league. I was also part of the South African Under-23 wheelchair basketball team that played in the International Championships in Canada back in 2017, where I was also named as a Man of the Match in one of the games,” he said.

Shabalala said he feels that basketball and wheelchair basketball in particular do not get sufficient support in terms of sponsorships. “At times we have to use our own money for some certain requirements because we are playing this sport out of passion,” he added.

The talented Shabalala added that he would like to play for an international team because he feels that this could propel his career to greater heights.

Shabalala also encouraged other people living with disabilities to pursue their dreams despite their disabilities.

Pictured: Simngaye Shabalala playing against Great Britain in the Championships Under-23 in Cananda.