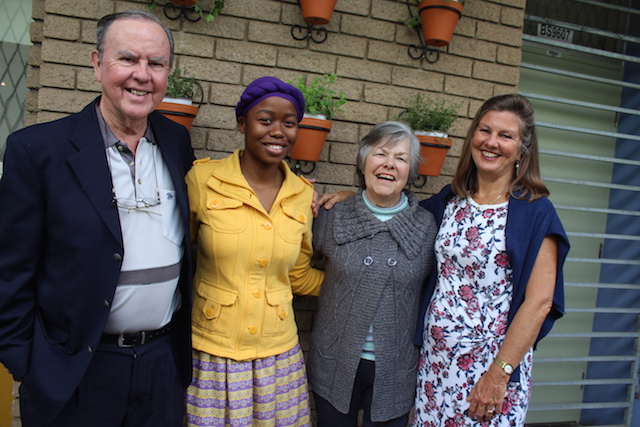 With an aim to not worry her father with the expensive University fees, Siphesihle Sibiya worked hard towards obtaining good marks in her course and was announced as the top student for the annual Sharon Wilson Awards at DUT’s Rendezvous restaurant last week.

Hailing from Mount Edgecombe, the determined Sibiya made it her goal to achieve good results and obtaining distinctions in all her 10 subjects.
She received 89 % in communication skills (English) and an average of 84 % in total, which enabled her to receive the R2700 prize from award sponsors and qualify for a University tuition fees cut.

“I am happy and surprised, I never even expected this and I want to thank my communication skills lecturer for this accolade,” said Sibiya.
Sibiya, who is in her second year of studying towards her national diploma in Town and Regional Planning, said she would use her average marks to pay less University fees as she qualifies for that system.

According to Clive Wilson, more often people like to honour their loved once and to keep their memories alive.He came up with Sharon Wilson awards after the passing of his late wife, Sharon Wilson.“She wrote the English examinationsat UNISA and become the first in South Africa to do so,” said Wilson. He further added that English was the most used language than Mandarin, which is the most spoken language in the world.
“Even soccer stars use English when receiving their awards,” he said.

He also encouraged students to take the English language seriously, saying it would better their opportunities across the world. Meanwhile, the Communications department bid farewell to Professor Graham Stewart, who has served 36 years of service at DUT.

Prof Stewart has been employed at DUT, its legacy institutions (Technikon Natal and M.L. SultanTechnikon), since 1981. He was awarded an associate professorship in 2001, and is currently the coordinator of the University e-Learning project. He was previously deputy dean of the Faculty of Arts and Design. During his career at the University, Prof Stewart has held positions in senior academic management, lecturing and research.“These awards shows enormous things that can be done by students, and students like Siphesihle makes our lives as lecturers worth living,” he said proudly.