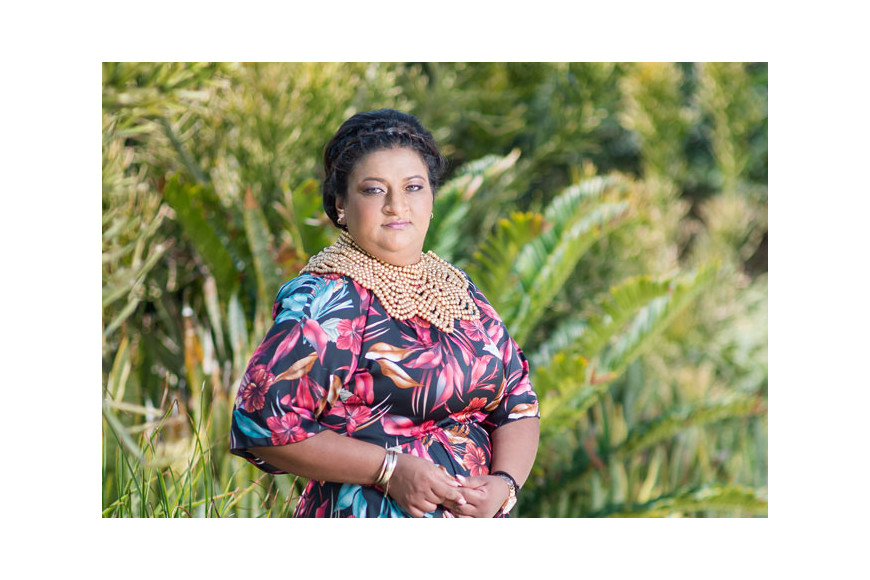 Sirputh was diagnosed with breast cancer last year, (2017) and has successfully gone through treatment and is now cancer free. The month of October being the National Breast Cancer Awareness Month- dedicated to educating people about the illness- Sirputh shares her journey to overcoming one of the most difficult times in her life.

In mid-2016, she noticed a ‘ball’ on her right breast but never for one moment thought it was a cancerous lump. It was later in the year that she finally decided to have a medical check-up to see what it was. She then did an ultrasound at the Durban University of Technology’s Radiology clinic.

“Throughout December 2017, I suffered with intense back pain (this was in no way related to my cancer) but to this day I believe that it was a sign from God that this needed to be checked out. I went to see my doctor who referred me to a neurosurgeon. The neurosurgeon booked me in hospital to understand the cause of the intense back pain I was feeling. At that point I decided to get my right breast checked out,” she said.

Sirputh did numerous tests as well as a biopsy. “I was told that the results would only be available on 17 January 2017, never did I ever imagine that this day would change my life forever. At no point during my entire examination did it even cross my mind that the lump I found was cancerous,” she said.

On the morning of the test results, she drove herself to the hospital and when she reached the doctors rooms, the doctor related to her that she had cancer, but he did stress that it can be removed. She got home and broke the news to her mother and asked to be given space to deal with the news. This was the Sirputh’s biggest tragedy since losing her father in 2012.

“No one could believe that I, being 36 could have cancer, they all believed that someone had made a mistake. I knew nothing about cancer, I knew it existed but I never took the time to educate myself about what cancer really was,” she said.

After a successful lumpectomy and lymph node removal surgery Sirputh was told that she was now cancer free. A week after her operation, her wound became infected and an abscess formed so she had to be rushed to hospital again to have an emergency operation. After the operation, she was referred to an oncologist so she could start chemotherapy.

The oncologist explained to her that she had stage two cancer, triple negative and would undergo the worst type of chemotherapy for six months.

“My mother was by my side through it all. After chemo, the next step in my journey was radiation on the operated site, every day for six weeks, once again I pulled up the courage and made it through,” she said.

To date Sirputh is cancer free and is working with the Pink Phoenix and Cupcakes of Hope to raise awareness about the disease.

“I always say yes cancer chose me, but it was me who chose to defeat cancer. I am not a cancer survivor, I am a fighter,” she said.

For more information about cancer, go to www.cansa.org.za.

(Pictures are by Sean Baker Photography)