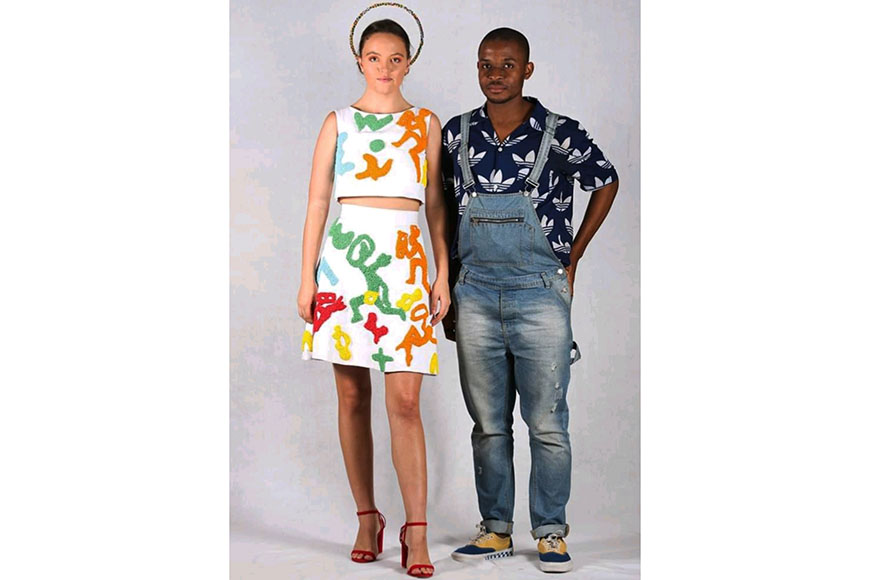 The Vodacom Durban July 2019 is one of Durban’s most awaited sporting event on the events calendar. Besides the sport of horse racing; fashion plays a major role where students compete for the coveted title award of Best Young Designer, which is announced on the day of the event.

The Vodacom Durban July Young Designer Award, which is the biggest student fashion competition of the country, is a huge platform for emerging designers and a stepping-stone into the flashing lights of South African fashion.

Out of 143 students that had entered their garments, only 25 young designers were chosen to go through to the semi -finals. From the 25 semi-finalists, six crème de la crème DUT students worked tirelessly to inspire and wow the judges and reach the finals.

With the theme being “Stars of Africa”, the talented students who made it, sewed their way to reach the grand finale are Fumane Moshesh, Tanyaradzwa Tirivanhu, Wandile Mbhele, Slungile Dlamini, Siphiwo Buthelezi and Nomasonto Nkosi.

The panel of judges, which included Durban design stalwarts Greg Wallace, Sindi Shangase and Kathrin Kidger, felt that the African-rooted theme had sparked an enthusiasm in the students that had never been seen before.

“We have never ever seen the level of excellence in the interpretation of the theme,” said programme director Tiffany Prior. “There were beautiful elements of colourful beadwork, handcrafted detailing, self-designed and printed fabrics – it was exceptional.”

Speaking on their selection into the main fashion day event, DUT’s Fumane Moshesh is all smiles, very grateful and excited to be one of the semi-finalists.

“All praise to God my father in heaven for giving me a talent and shaping it every day, and I am thankful for the lecturers we have and their patience with some of us, I felt lucky to have them,” he said proudly.

Moshesh said his outfit is ‘Sophiatown and Johannesburg street fashion’ inspired and ties in to the VDJ Theme poem, by which the print on the shirt represent those colours so bright so that the person wearing the outfit stands out from the rest.

DUT’s Tanyaradzwa Tirivanhu cannot wait to showcase her garment at the main race on the 6th of July 2019, as her clothing tells a story about the women of Weya, which is located East of Zimbabwe, and is also inspired by their embroidery, patch work and beading.

Another DUT student designer semi-finalist, Siphiwo Buthelezi, added that he was elated after finding out he had been selected as one of the semi-finalists for this years’ Vodacom Durban July.

“My garment on display is a two piece that is fully beaded in various colours to reflect my concept of Africa as one country, instead of it looking like different countries,” he said.

The finale will play itself out on the Action Stage at Africa’s greatest horse-racing event at Greyville Racecourse on 6 July 2019 with the eventual winner walking away with an array of prizes.

Pictured: Siphiwo Buthelezi with a model showcasing his design.