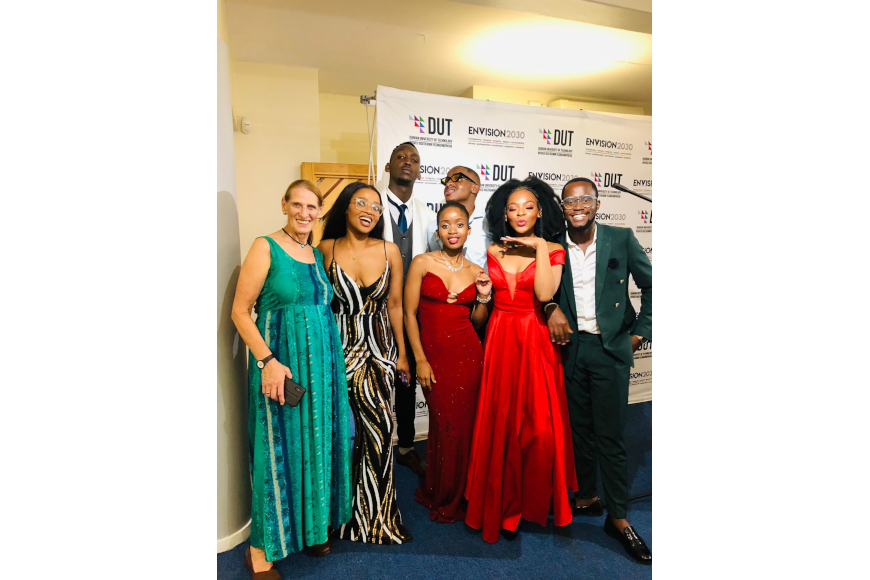 Lecturer in the Drama and Performance Studies Programme at the University of KwaZulu-Natal and Artistic Director of Flatfoot Dance Company, Lliane Loots was the guest speaker at the glitzy awards themed, ‘Hollywood’.

A total of 42 awards were handed out to students, including book prices and certificates. Also, at the awards saw the instruction of two new categories, the Sphesihle Duma Award won by Qiniso Makhoba and the Debbie Lutge Award which went to Siyabonga Ntinga.

The Sphesihle Duma Award was created in memory of the late Siphesihle Duma, a third-year student Drama student who was murdered in March 2022; while the Debbie Lutge Award honours the legacy of DUT’s Drama’s former Head of Department, Professor Debbie Lutge who retired in 2021 after heading the department for more than 30 years.

Explaining the importance of the awards, Drama and Production Studies’ Dr Pamela Tancsik said: “The awards are based on their (students) marks. Drama students look up to Movie and Theatre stars, they have a lot of adoration for glamour, photographs and awards just like in the real world of entertainment with Golden Globes, Oscar winners and other awards. The talk and interest around our awards among students were huge. For the first time we had to give awards for both semesters, before the programme was only annually which adds up to the big number of awards given. This is the last opportunity where outgoing students and staff come together in a relaxing, celebrative manner and just enjoy themselves. I believe if we had to cut the awards because of the costs, students would be very disappointed.”

Commenting on winning the Sphesihle Duma Award, 22-year-old Qiniso Makhoba said she was honoured to receive the award which is voted for by third-year students.

“It warms my heart that all that kindness was recognised because I did everything from the goodness of my heart. I’m a helper by nature, just like my mother. I appreciate this award very much and I’m sure Sphesihle Duma is proud, may her soul rest in peace,” she said.

Siyabonga Ntinga who won the Debbie Lutge Award said he was heartbroken when Prof Lutge retired but was honoured to receive an award named in her honour.

“The award is won by someone driven, hardworking and who has been exemplary in their engagement across the year.  I’m blessed,” said the 21-year-old from Hammarsdale Township.