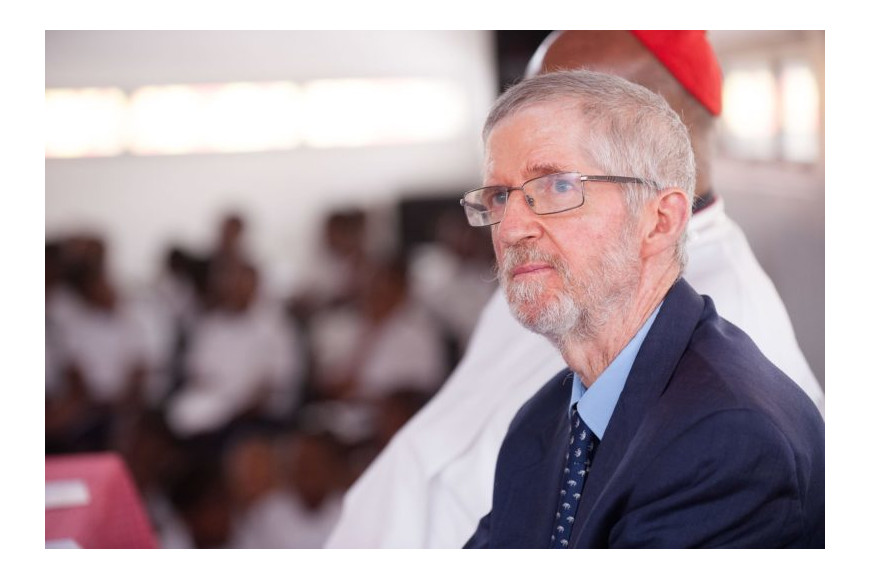 The Gandhi Development Trust and the Phoenix Settlement Trust in collaboration with the Division of Corporate Affairs at the Durban University of Technology (DUT), Denis Hurley Centre and the Institute for Healing of Memories co-hosted the Third Annual Paddy Kearney Memorial Lecture 2021, on 26 August 2021, via Facebook and YouTube from 5pm to 7pm.

The Programme Director at the event was Dr Vasu Gounden, Founder and Executive Director: African Centre for the Constructive Resolution of Disputes (ACCORD). Dr Gounden welcomed the keynote speaker at the event, Father Michael Lapsley SSM, whose topic of discussion pertained to Healing Old Wounds of Women and Men to end Gender-Based Violence.

He also spoke on the late Paddy Kearney, a former trustee of the Gandhi Development Trust. He relayed that Kearney was also the Chair and Founder of the Denis Hurley Centre, Founding Director of Diakonia Council of Churches, Chair of the Gandhi Development Trust and advisor to the KZN Christian Council and the Province Commission on Social Cohesion, among many other important positions. He indicated that Kearney worked closely alongside Archbishop Denis Hurley and in recent years had written biographies and edited Hurley’s letters. He further added that in Kearney’s 76 years he was a tireless activist for the poor, the marginalised, for inter-faith partnership, social cohesion and peace.

“We miss him very much, South Africa misses him very much, and I think in this critical time in our country with the recent events that happened in July, we miss the wisdom of Paddy Kearney even more. We are very proud to present the third Paddy Kearney annual lecture, and we are all very privileged to have another great South African who has played an important role in our struggle in South Africa, Father Michael Lapsley SSM, President of the Healing of Memories Global Network, who is speaking to us,” he said.

He also made mention of the late Babita Deokaran, who was gunned down, after being identified as a whistle-blower who was going to provide evidence on corruption in the Personal Protective Equipment (PPE) roll-out in Gauteng.

“We have been asked for all of us to light a candle. This candle is to recognise and pray for all of those who have lost their lives as whistle-blowers in our country who have decided to stand up for the truth and who have paid the ultimate price. We want to say that we hope that this does not dissuade others and we call on the government to take all measures to protect those who are ready to expose the evils of corruption which have destroyed the fabric of our society and the values of our society,” he stressed.

He then introduced DUT’s Professor Sibusiso Moyo, Deputy Vice-Chancellor: Research, Innovation and Engagement. Prof Moyo welcomed and acknowledged the guests and key guest speakers on behalf of DUT. She relayed that Ela Ghandi is a close friend, whom the university works closely with at the Gandhi Development Trust.

Prof Moyo elaborated that it becomes very important for the work the university can do together to collaborate with the Dennis Hurley Centre, the Ghandi Development Trust, the Institute for Healing of Memories, the Phoenix Development Trust and other NGO’s in the sector.

“I think we need to think as a community how can we make this difference and where we are right now? It’s really about understanding what happened and having conversations around what can we do to prevent similar occurrences as we proceed. For everyone to strive, we all need to be in an environment where we all feel safe, where we all feel that we are treated equally and where women especially also feel safer,” she said.

She indicated that all role players have a vital role to play to ensure that there is an environment where children can thrive and also have that opportunity, and also around issues of GBV, the university has an International Centre of Nonviolence (ICON) which is under the helm of Crispin Hemson.

“Some of the issues that really affect women and where we are, looking at the effect of the pandemic, the effects of the looting, the economic status, we know from our data that the stress and the levels of abuse have also gone up. Women in many cases have been confined in home environments where they would not be confined before they have a reason to get out but now they are not able to. I believe there is a lot of research work that needs to be done but there are also practical things which can be done. From the university side, we really appreciate the partnership and we believe that we can still design a programme, especially which we can do practical conversations and skills training,” she said.

Her introduction was followed by a short video on Paddy Kearney-showcased on SABC2 programme – ‘The Light.’ DUT’s Miss Nikiwe Sukazi Advanced Diploma Student in Public Relations and Communications Management, then recited a poem on Gender Based Violence.

Perrier stressed that Father Lapsley has devoted his life to helping victims of emotional, psychological, and spiritual injuries caused by war, human rights abuse and other distressing situations. He added that he has created the Institute for Healing of Memories in South Africa in 1998 and runs it in Cape Town; an institution that facilitates the healing process of individuals, communities and nations.

“When we think of Denis Hurley, Paddy Hearney and Father Lapsley, the temptation is to think how on earth are we ever going to continue the work of these great giants, and as we listen to Father Lapsley and reflect on the giants of the past of Hearney and Hurley, we realise we have no option but to continue their work; to be inspired as they were by their tradition to reflect on the society we find ourselves in. To learn how to build a better society, in Christian terms, to build a society that God wants, to build God’s kingdom here on earth,” he said.

Father Lapsley focused his lecture celebrating the legacy and inspiration. He conveyed that he was humbled and honoured to give the Paddy Kearney memorial lecture. He emphasised that Kearney would have been committed to healing the new world, especially in relation to the horror of what had happened in Phoenix as well as the older unhealed wounds of racism and the obscene inequality that characterised the society.

“The spirit of Paddy invites us to have a sober steady and a compassionate voice helping to imagine and act together to create a shared future. While short in stature, Paddy was a moral giant and a role model for yesterday and today,” he said.

He stressed that women emphasised that they be listened to and believed in South Africa.

“The campaign to end violence against women and girls is predicated on the view that a better world is possible. We envision and strive for a world where the feminine and masculine and all human beings will be celebrated,” he said.

The next item was a video highlighting the sterling work being done at the Denis Hurley Centre, followed by the question and answer session and closing remarks which were given by Dr Ela Gandhi Chairperson of the Gandhi Development Trust.